EXCLUSIVE FOR THE DAILY CALLER: Guatemalan President Says Biden Admin Refused to Help Him Deport Illegal Migrants Bound for the US Border

GUATEMALA CITY, Guatemala — Guatemalan President Alejandro Giammattei said the Biden administration refused to provide Guatemala with the tools to deport illegal migrants heading to the U.S., in an exclusive interview with the Daily Caller News Foundation from his presidential palace.

Giammattei told the DCNF that he’d requested that the Biden administration move its deportation planes and buses to Guatemala for the country to use in returning illegal migrants to their home countries before they reach the U.S. He said it would save the Biden administration hefty costs of such large migration waves and allow migrants from far away places to go home immediately. (RELATED: EXCLUSIVE: What Happens To Illegal Migrants After They’ve Been Deported? We Went South Of The Border To Find Out.)

Guatemala hopes to deter such action by working with the Biden administration to deport them as soon as they can.

“Having all of these people in the United States costs the U.S. government millions and millions of dollars. We have suggested that they should keep the airplanes here, so that we ourselves can deport them back to their countries of origin, be it Haiti or be it whatever the country. If they keep their airplanes here, we can send them back. Otherwise, why wait until the people reach U.S. soil to then spend millions and millions of dollars to then send them back?” Giammattei said.

“We have also stated that we could use the buses to return these people to their countries of origin,” Giammattei said. “And they have told us that they cannot do that because their laws don’t allow it.”

On Oct. 13, the U.S. Embassy in Guatemala announced that it gave 95 vehicles, including Toyota Hilux vehicles, Hino 5 and 12 ton trucks, Toyota Land Cruisers and Suzuki ATVs to the Guatemalan military to support border security efforts. The donation is meant to support Guatemala’s efforts in combating transnational crime and drug trafficking.

Despite the large amounts of aid for programs that support humanitarian, governance and health needs, as a few examples, Giammattei says there’s been little aid given to actually send illegal migrants back to their countries of origin. The Biden administration has emphasized that while giving aid, it’s working to crack down on corruption in Guatemala.

“We have requested assistance from the United States. And in this sense, we have received very little assistance,” Giammattei said. 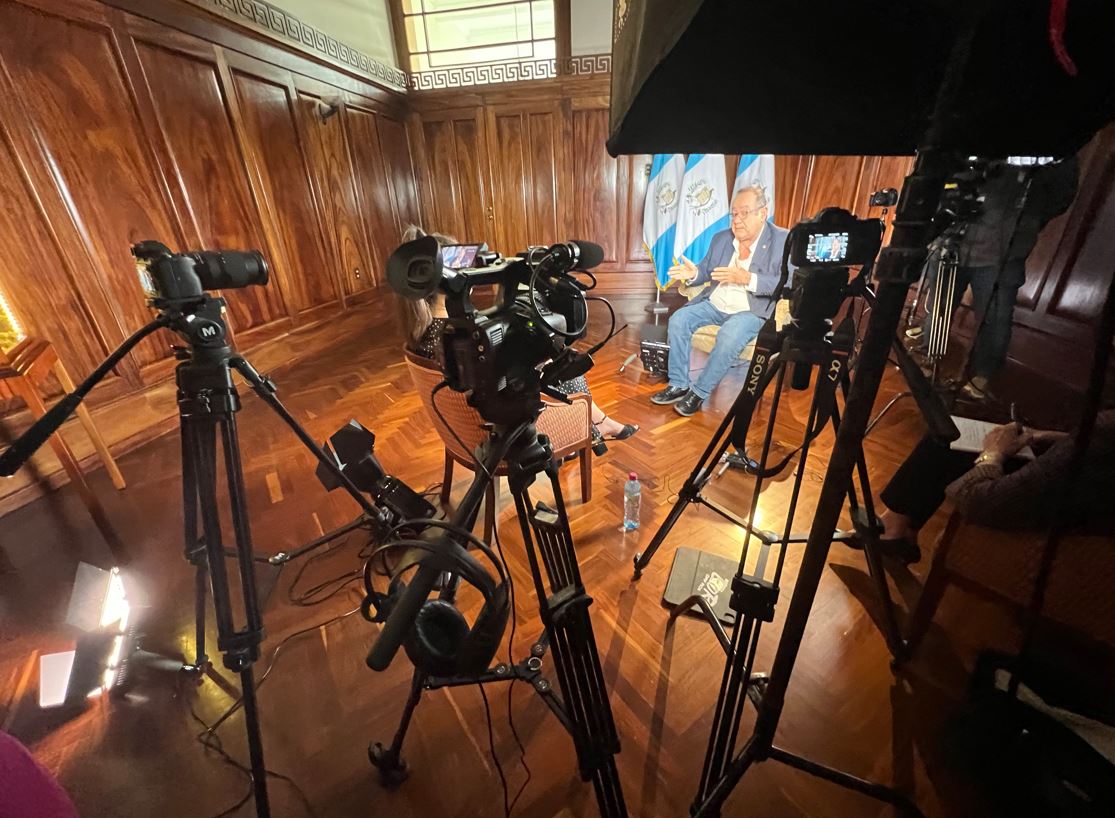 Giammattei also mentioned the United Nations Office of International Migration (OIM or IOM) is aiding in the movement of illegal migrants. The U.S. government partially funds the agency.

“And as far as the IOM, they will take action only when a person becomes a voluntary returnee, they will say, ‘Oh, no, he doesn’t want to go back.’ So they just let them go through. And this is something we cannot allow,” Giammattei said.

The White House, Department of Homeland Security (DHS) and IOM didn’t respond to the DCNF’s requests for comment.