The New Jersey Department of Education will intervene in school districts that do not implement the state’s new sexual education standards that teach 10-year-olds the difference between sexual orientation and gender identity, according to statement shared with the Daily Caller News Foundation.

The New Jersey Department of Education told the DCNF that schools that fail to adhere to their new sexual education standards will face “disciplinary action,” resulting in monitoring or intervention from the state government. The standards were passed in 2020 but their implementation was delayed until the 2022-2023 school year because of the pandemic. (RELATED: ‘Our Kids Are Being Threatened’: California School District Gives Students Access To Books With Pornographic Content)

Under the new standards,

The fifth grade students are also taught how to “promote dignity and respect” for those with different sexual orientation, gender identity, race and socio-economic status, the standards showed. By the end of fifth grade curriculum, the students should be able to explain all the ways “pregnancy can be achieved.”

Additional training principles in the standards include definitions on transgender men and women while noting that one’s “gender assigned at birth” doesn’t necessarily match their sex. 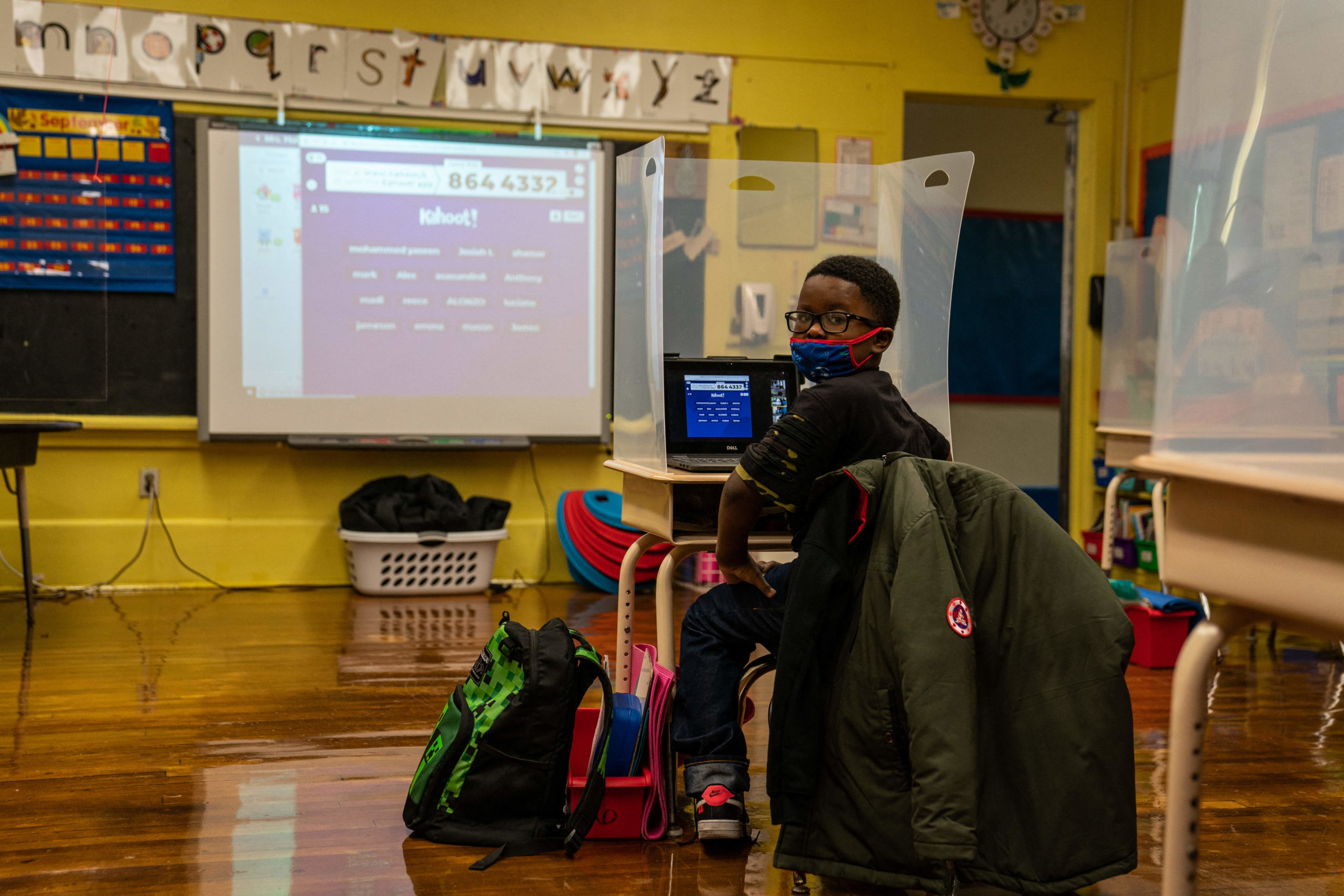 A students waits for First Lady Jill Biden to arrive to his classroom at the Samuel Smith Elementary School in Burlington, New Jersey on March 15, 2021. (Photo by Anna Moneymaker / POOL / AFP) (Photo by ANNA MONEYMAKER/POOL/AFP via Getty Images)

Using the “New Jersey Quality Single Accountability Continuum (NJQSAC),” the state Department of Education monitors how school districts implement the sexual education standards, the department told the DCNF. The schools are tracked in five categories and if they score below an 80% in any category, they are subject to punishment and intervention by the state.

“Following the assessment, the district is placed on a performance continuum that will determine the level of oversight, and technical assistance and support it receives,” the state said in a statement. “Dependent upon the percentage of quality performance indicators a district satisfies upon review of the improvement plan, the Department may determine whether additional monitoring or intervention is warranted.”

School districts across the country are pushing to implement sexual education curriculums that implement sexual orientation and gender identity; the Wauwatosa School Board in Wauwatosa, Wisconsin, implemented a curriculum that teaches sixth graders that the definition of a female was a “person with a vulva.”

“For children to be excused from any part of instruction in health, family life or sex education, their parent or guardian must inform the school principal in writing that the instruction conflicts with their conscience or sincerely held moral or religious beliefs,” the New Jersey Department of Education told the DCNF.