The California Air Resources Board is set to finalize an expansive plan to ban the sale of new gasoline-powered cars by 2035 on Thursday, which may accelerate the national transition to electric vehicles (EVs), The New York Times reported.

The state’s ban will require 100% of new cars sold in California by 2035 to be free of fossil fuel emissions, up from the current 12%. Interim targets require 35% of vehicles sold in the state by 2026 to produce zero emissions, rising to 68% by 2030, according to the NYT. The zero-emissions car mandate, which will only allow electric vehicles to be purchased, may be adopted by at least 12 additional states fairly soon, while five additional states which already adhere to California’s more comprehensive vehicle pollution reduction program are anticipated to do so in about a year. (RELATED: Most Populous State Looks To Keep Last Nuclear Plant Alive To Stave Off Blackouts)

California is the country’s largest auto market, and more than a dozen other states frequently adopt California models when establishing their own auto emissions rules.

California’s new EV mandates would be “extremely challenging” to meet, John Bozzella, president of the Alliance for Automotive Innovation, which represents large U.S. and foreign automakers, told the NYT.

“Whether or not these requirements are realistic or achievable is directly linked to external factors like inflation, charging and fuel infrastructure, supply chains, labor, critical mineral availability and pricing, and the ongoing semiconductor shortage,” he said. 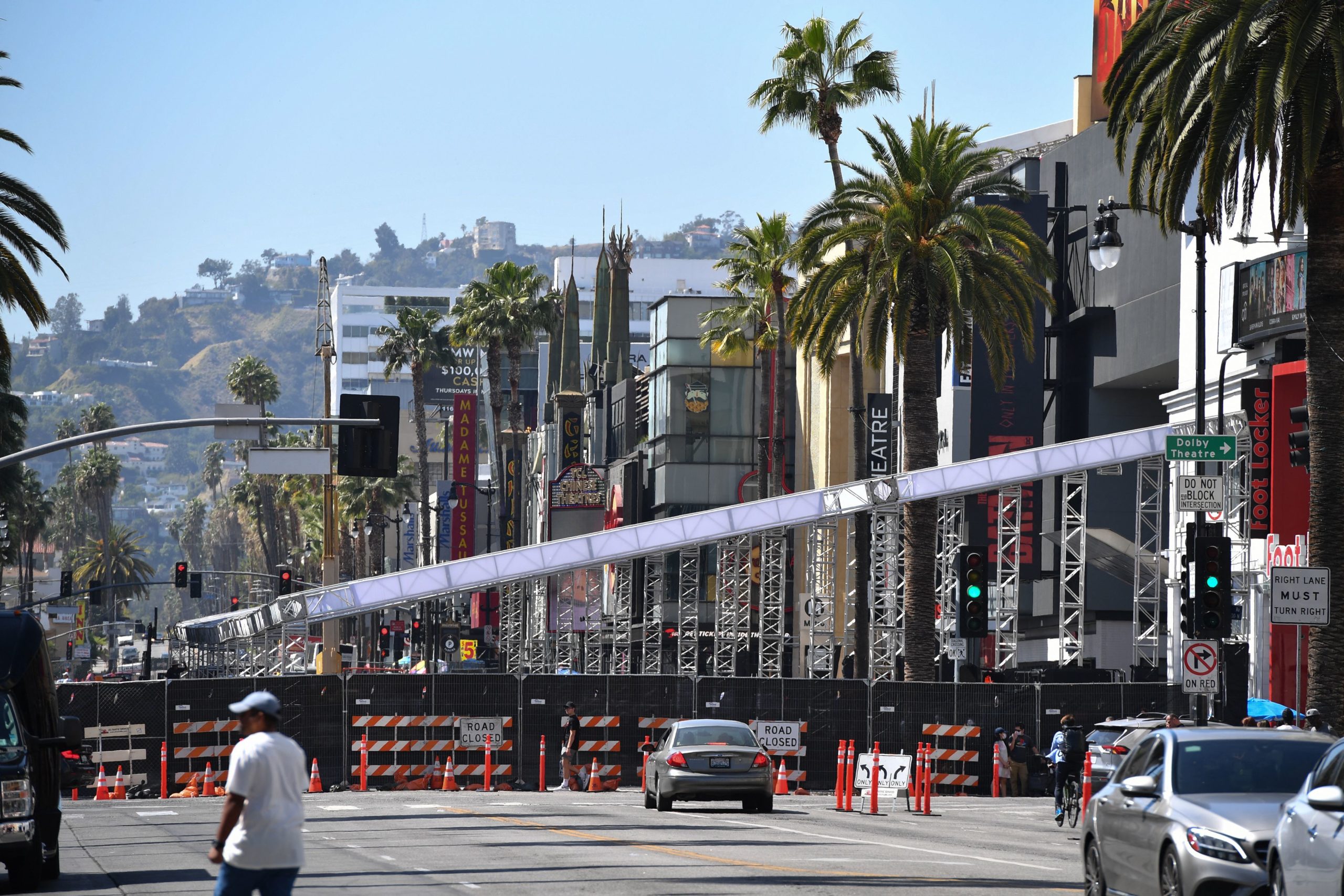 Hollywood Boulevard in front of the Dolby Theatre is closes to traffic as work begins on the installation of the Oscars red carpet, on March 18, 2022, in Hollywood, California. (Photo by Robyn Beck / AFP) (Photo by ROBYN BECK/AFP via Getty Images)

The state’s decision comes after President Joe Biden signed a comprehensive new climate bill earlier this month. As part of the largest federal government effort to tackle the perceived effects of climate change, the bill will invest $369 billion in spending and tax incentives on green energy programs, including a $7,500 tax credit for the purchase of new electric cars.

California was only able to move forward with its ambitious policy because the Biden administration reinstated a Clean Air Act waiver, giving California the legal authority to impose auto emission and mileage limits that are stricter than those imposed by the federal government.

“The climate crisis is solvable if we focus on the big, bold steps necessary to stem the tide of carbon pollution,” said Democratic Gov. Gavin Newsom of California in a statement.

Newsom’s office and the California Air Resources Board did not immediately respond to the Daily Caller News Foundation’s request for comment.