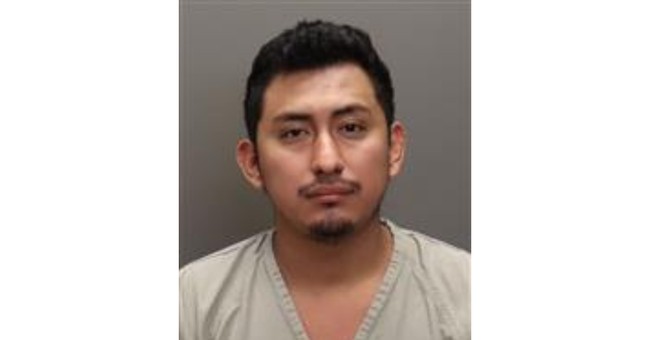 I, for one, am tickled pink that our ruling class has finally come out against child rape. This is something new. For several decades now, the position of government officials, both political parties, think tanks, the Bush family, district attorneys and the entire media has been: We’re going to foist primitive, peasant cultures on America and then lie to the public about how this is changing our country.

We recently found out about one big way that third-world immigrants are enriching us. Soon after the Supreme Court overturned Roe v. Wade, the media began talking nonstop about a “10-year-old rape victim” who couldn’t get an abortion in Ohio and had to travel to Indiana. The “10-year-old rape victim” was discussed on a loop on MSNBC and even made it into a speech by President Joe Biden.

With their backs against the wall, the pro-abortion crowd broke longstanding strictures against mentioning the rapey-ness of our “New Americans” by producing the rapist: Gerson Fuentes, 27, an illegal alien from Guatemala.

The abortion ladies thought they could get away with revealing the child rape victim, while refusing to reveal the child rape perpetrator. When that failed, they wantonly defied the rest of their coalition and told the truth about one of the Democrats’ pets, an illegal immigrant.

Once the pro-abortion crowd identified the rapist, nothing about the story was surprising. It has all the earmarks of an immigrant child rape:

The crime is particularly vile — CHECK!

The raping had been going on for some time — CHECK!

The rapist is shocked that anyone thinks he did anything wrong — CHECK!

Luckily, I am Johnny on the Spot when it comes to immigrant child-rapists, having included nearly 100 such cases in my book “Adios, America!” — as well as the sensational, flood-the-zone news coverage the U.S. media devote to criminal immigrants. (Sarcasm.)

Again, that’s only in a single state. And only when the immigrant is illegal.

WHY DOESN’T THE PUBLIC KNOW ABOUT THIS?

Unfortunately, our media are too busy reporting on apocryphal gang rapes by the Duke lacrosse team and “frat boys” at the University of Virginia to bother mentioning the epidemic of child rape by immigrants from peasant cultures pouring into our country by the million.

How far into the stories about UVA and Duke did you have to read to find out that the (falsely) accused rapists were “privileged white men”?

By contrast, whenever the media deign to mention an immigrant rapist, the story will appear in — at most — one local newspaper. Further, both the heinous nature of the crime and the immigration status of the rapist will be hidden. (How about a news report on the Duke lacrosse case, appearing exclusively in the local paper at the bottom of page A-18, titled, “Area Men Arrested.”)

In 2013, an illegal alien from Guatemala, German Rolando Vicente-Sapon, was convicted of kidnapping his 16-year-old cousin, transporting her to the U.S. (also illegally), and holding her as his sex slave for years.

Only one newspaper in the country reported the story: the Chattanooga Times Free Press.

Quiz: Was the headline —

I think you know the answer.

There’s no question that the national media would never have breathed a word about the Fuentes case — but for the doubters. So, a big shoutout to the feminists for putting abortion-on-demand above open borders. If only politicians cared as much about our country as pro-choicers do about abortion.

The new world order and the whiff of the apocalyptic