House Republicans are demanding the U.S. Department of Justice (DOJ) release body and surveillance camera footage as well any other footage in connection with the Jan. 6 Capitol riot, according to a letter obtained by the Daily Caller News Foundation.

Wisconsin Rep. Glenn Grothman, Texas Rep. Louie Gohmert and South Carolina Rep. Ralph Norman first requested the information from the DOJ in October 2021. Now, they are re-upping their inquiry, asking Attorney General Merrick Garland to release the information since their constituents have a “growing concern” with the DOJ’s “apparent failure” to do so.

“Many Americans question why their government, and the Department in particular, has been so selective in its release of footage,” the lawmakers said in their letter. “We believe all Americans, including Members of Congress, the media, and the public at-large, should be able to view footage from January 6th that the Department has in its possession.”

The committee investigating Jan. 6 has publicized some degree of unaired footage during its ongoing hearings. The Republicans want to know “what percentage of body camera, surveillance camera, and any other footage related to the events surrounding January 6th” in the DOJ’s possession has actually been made public.

Most of the 14,000 hours of surveillance footage from Jan. 6 has not been made public, Buzzfeed News reported in August 2021. It is unclear how things have changed roughly one year later. (RELATED: EXCLUSIVE: Rep. Rodney Davis Demands Answers From Legislative Branch Agencies On Their Work For Jan. 6 Committee)

“From every camera on the Capitol grounds – including body and fixed surveillance cameras – every second of footage from January 6, 2021 ought to be in the public domain by now,” Norman told the DCNF. “It is baffling to me why the Attorney General has failed to make the entirety of footage available, especially while the Select Committee is cherry-picking clips to suit its narrative.” 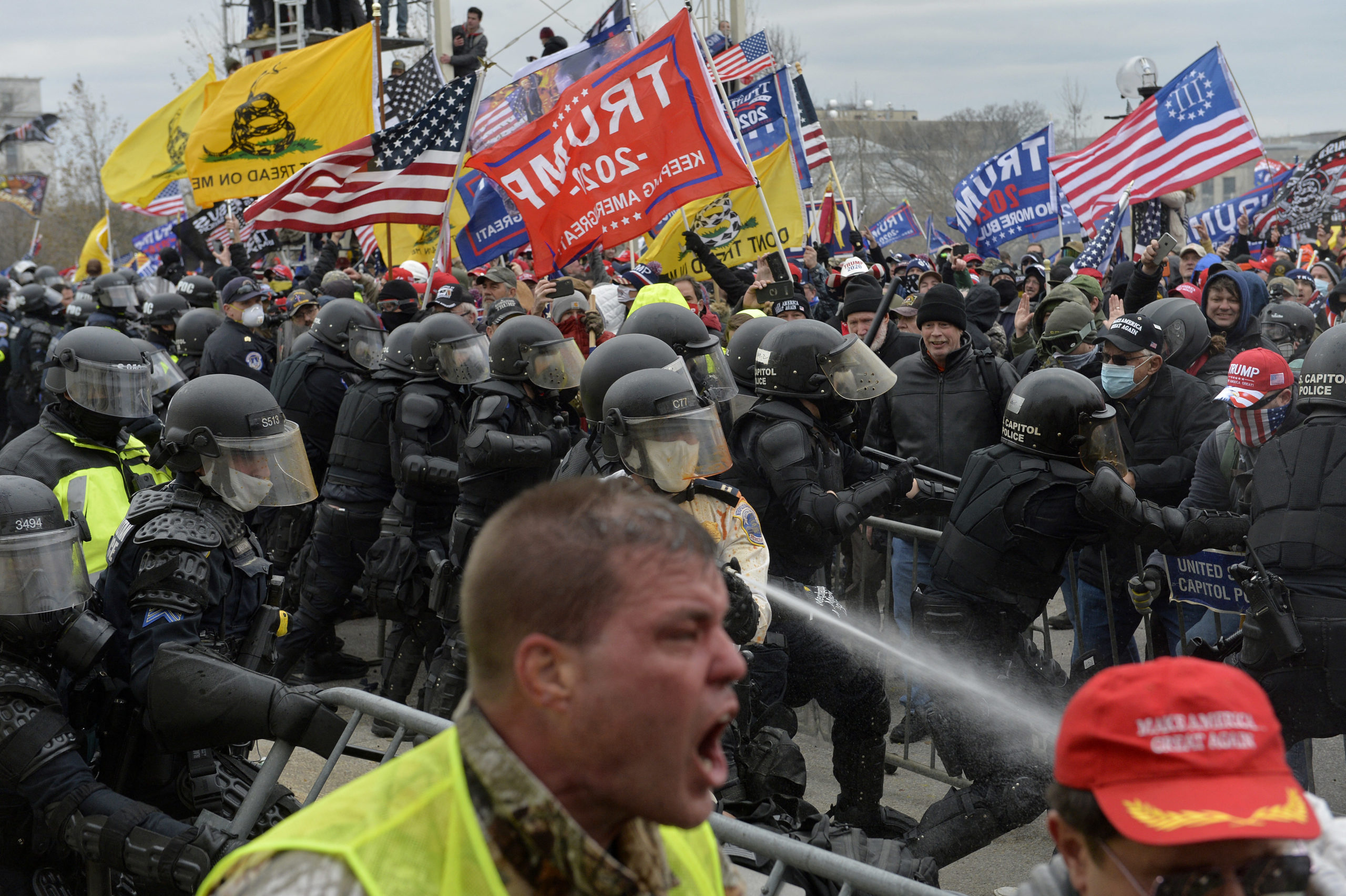 TOPSHOT – Trump supporters clash with police and security forces as people try to storm the US Capitol in Washington D.C on January 6, 2021. – Demonstrators breeched security and entered the Capitol as Congress debated the a 2020 presidential election Electoral Vote Certification. (Photo by Joseph Prezioso / AFP) (Photo by JOSEPH PREZIOSO/AFP via Getty Images)

While lawyers and defendants charged in the Capitol riot have gained access to watch related surveillance footage, the footage is given under protective orders, which does not allow the parties to release it, Buzzfeed News reported. The Capitol Police’s chief lawyer said in a March 2021 affidavit that members of Congress can watch Jan. 6 footage on a case-by-base basis under the supervision of a police employee.

“The disclosure of any footage from these cameras is strictly limited and subject to a policy that regulates the release of footage,” said the lawyer.

The DOJ did not respond to a request for comment.

“It continues to be our hope that all Americans have faith in our systems of government, including our criminal justice and judicial system,” wrote the Republicans in their letter, setting an August 4 deadline. “For this reason, it is imperative that the Department adequately respond to our requests in timely manner.”

Daniel Horowitz Op-ed: Thanks to federal judge, we will find out extent of government-sponsored Twitter censorship