Republicans Snag Over 1 Million Voters From Dems In Past Year: AP

Over 1 million U.S. voters in 43 states have fled the Democratic Party since 2021 and registered as Republicans, according to a new report. Republicans have gained major ground in suburban counties, according to the voter registration data examined by The Associated Press, as well as “in virtually every region of the country.” The findings come almost four months before the midterm elections in November, which a bipartisan swath of pundits has deemed a probable “red wave” in part due to messaging failures among the left.

“While Democrats may see a slight enthusiasm bump following the Supreme Court’s decision on abortion, it’s highly unlikely they’ll be able to sustain that for the next five months,” Andy Surabian, a Republican strategist, told The Daily Caller News Foundation.

Biden’s support in the suburbs has been widely credited as the reason for his success in the 2020 presidential election. While these areas “have tended to show a net advantage to Republicans,” Biden “registered a net Democratic advantage for the first time since Barack Obama’s victory in 2008,” Brookings Institution, a left-leaning think tank, said in a November 2020 report.

However, suburban counties near large cities like Denver, Atlanta and Pittsburgh, as well as near smaller cities like Harrisburg, Pennsylvania and Des Moines, Iowa, have garnered Republican support, the AP reported. (RELATED: ANALYSIS: We Just Got The Latest Indication Red Waves In Blue Cities Could Become A Reality) 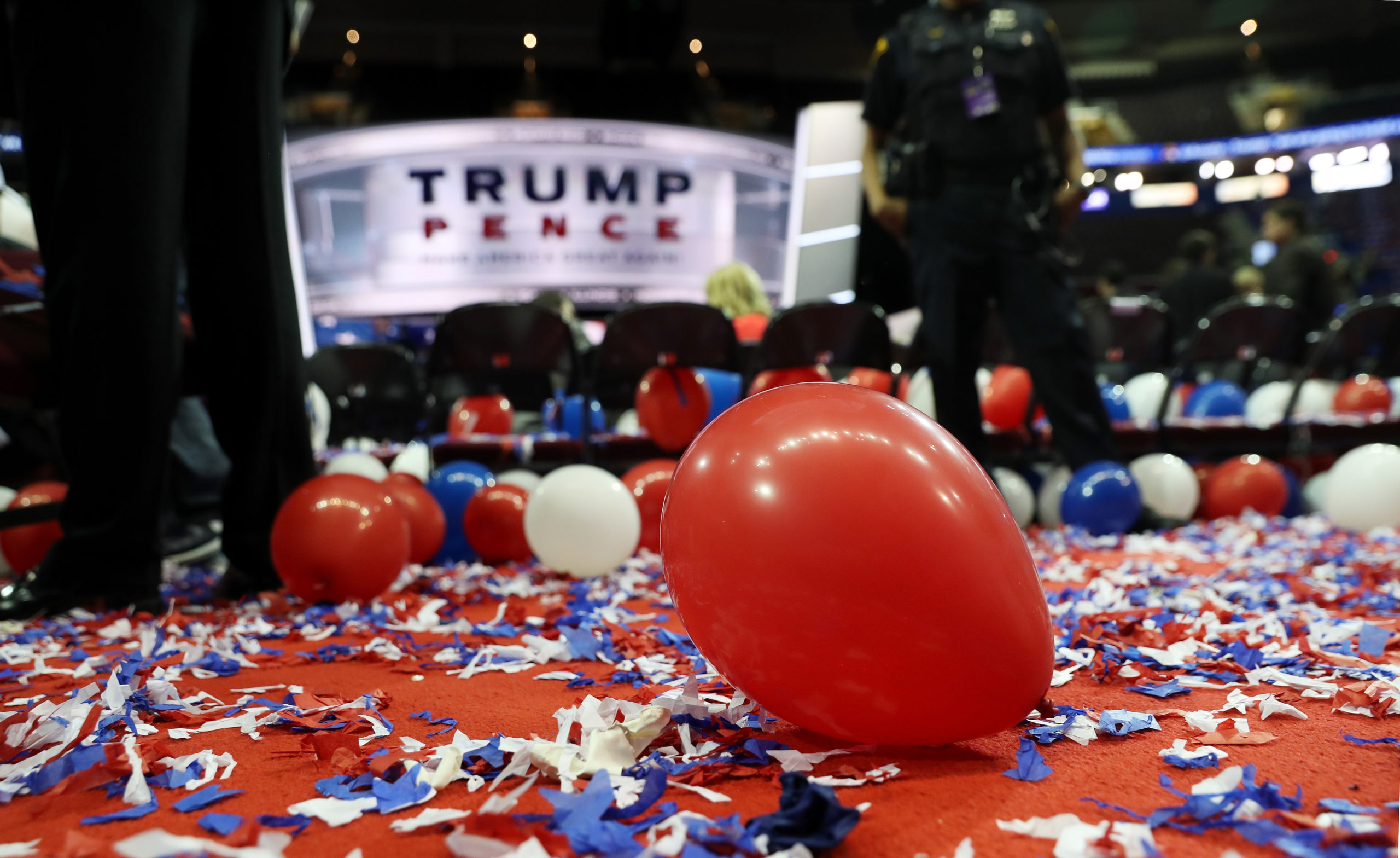 CLEVELAND, OH – JULY 21: Balloons and confetti are seen at the end of the fourth day of the Republican National Convention on July 21, 2016 at the Quicken Loans Arena in Cleveland, Ohio. Republican presidential candidate Donald Trump received the number of votes needed to secure the party’s nomination. An estimated 50,000 people are expected in Cleveland, including hundreds of protesters and members of the media. The four-day Republican National Convention kicked off on July 18. (Photo by John Moore/Getty Images)

“Biden and Democrats are woefully out of touch with the American people, and that’s why voters are flocking to the Republican Party in droves,” Republican National Committee Chair Ronna McDaniel told the AP.

Republicans also won big recently in Texas, where Mayra Flores flipped a blue district in June with the support of Latino voters. The Democratic National Committee did not immediately respond to a request for comment.