“We hold that Roe and Casey must be overruled. The Constitution makes no reference to abortion, and no such right is implicitly protected by any constitutional provision, including the one on which the defenders of Roe and Casey now chiefly rely—the Due Process Clause of the Fourteenth Amendment,” Justice Samuel Alito wrote in the majority opinion. “That provision has been held to guarantee some rights that are not mentioned in the Constitution, but any such right must be ‘deeply rooted in this Nation’s history and tradition’ and ‘implicit in the concept of ordered liberty.’”

“Roe was egregiously wrong from the start. Its reasoning was exceptionally weak, and the decision has had damaging consequences,” Alito wrote. “And far from bringing about a national settlement of the abortion issue, Roe and Casey have enflamed debate and deepened division.” 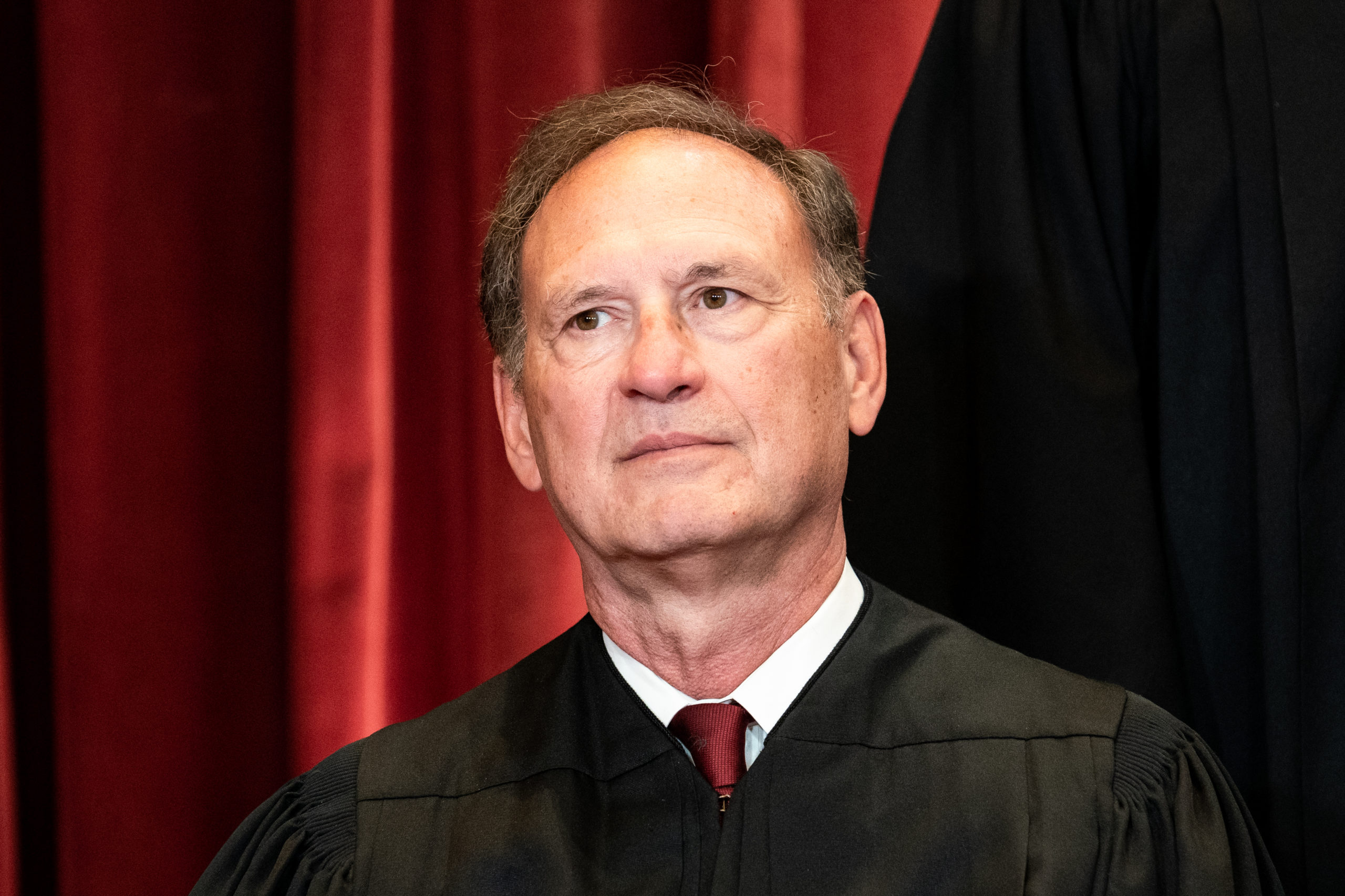 WASHINGTON, DC – APRIL 23: Associate Justice Samuel Alito sits during a group photo of the Justices at the Supreme Court in Washington, DC on April 23, 2021. (Photo by Erin Schaff-Pool/Getty Images)

The Roe precedent made abortions legal nationwide until fetal viability, or the point at which a child is able to survive outside the womb, which is generally determined to occur at around 24 weeks’ gestation. States can now restrict abortions at any point in pregnancy. (RELATED: Here’s What Would Actually Happen If Roe Is Overturned)

A draft version of the majority opinion was leaked to Politico and published May 3, revealing that the majority of justices had agreed to overturn Roe in a non-binding vote after oral arguments in December.

Following the release of the draft decision, pro-life organizations and crisis pregnancy centers were attacked by pro-abortion activists, with some buildings being firebombed by Molotov cocktails. Pro-abortion protesters also picketed outside the homes of Supreme Court Justices, and a man was arrested for attempting to murder Supreme Court Justice Brett Kavanaugh.

“Perhaps, in the wake of today’s decision, a state law will criminalize the woman’s conduct too, incarcerating or fining her for daring to seek or obtain an abortion,” the justices wrote. “And as Texas has recently shown, a State can turn neighbor against neighbor, enlisting fellow citizens in the effort to root out anyone who tries to get an abortion, or to assist another in doing so.”

This is a breaking news story and will be updated