Both Energy Committee Chairman Joe Manchin and Ranking Member John Barrasso reiterated their support for nuclear energy during the American Nuclear Society winter conference in Washington, D.C., arguing that an economy-wide transition to clean energy would be impossible without it. The Senate leaders added that the U.S. must produce more energy and avoid reliance on foreign entities.

“The reality is that you cannot power the world with solar panels and wind turbines alone,” Barrasso said during his remarks. “The demands for energy worldwide are going to continue to increase. Not just in the United States, you’re gonna see that worldwide.”

“Every time we use energy, we’re using it more efficiently, but you still have increased demands,” the Wyoming Republican added. “Nuclear has to be a very, very important part of that.”

Barrasso said more members of Congress should support nuclear energy because of its efficiency and built-in storage systems unlike solar and wind power.

“It is smaller, it’s more efficient and includes an energy storage system when the wind isn’t blowing and the sun isn’t shining,” he said. “It’s an interesting debate that I have occasionally with the Bernie Sanders’ of the world who is not pro-nuclear. He should be, but he’s not.” 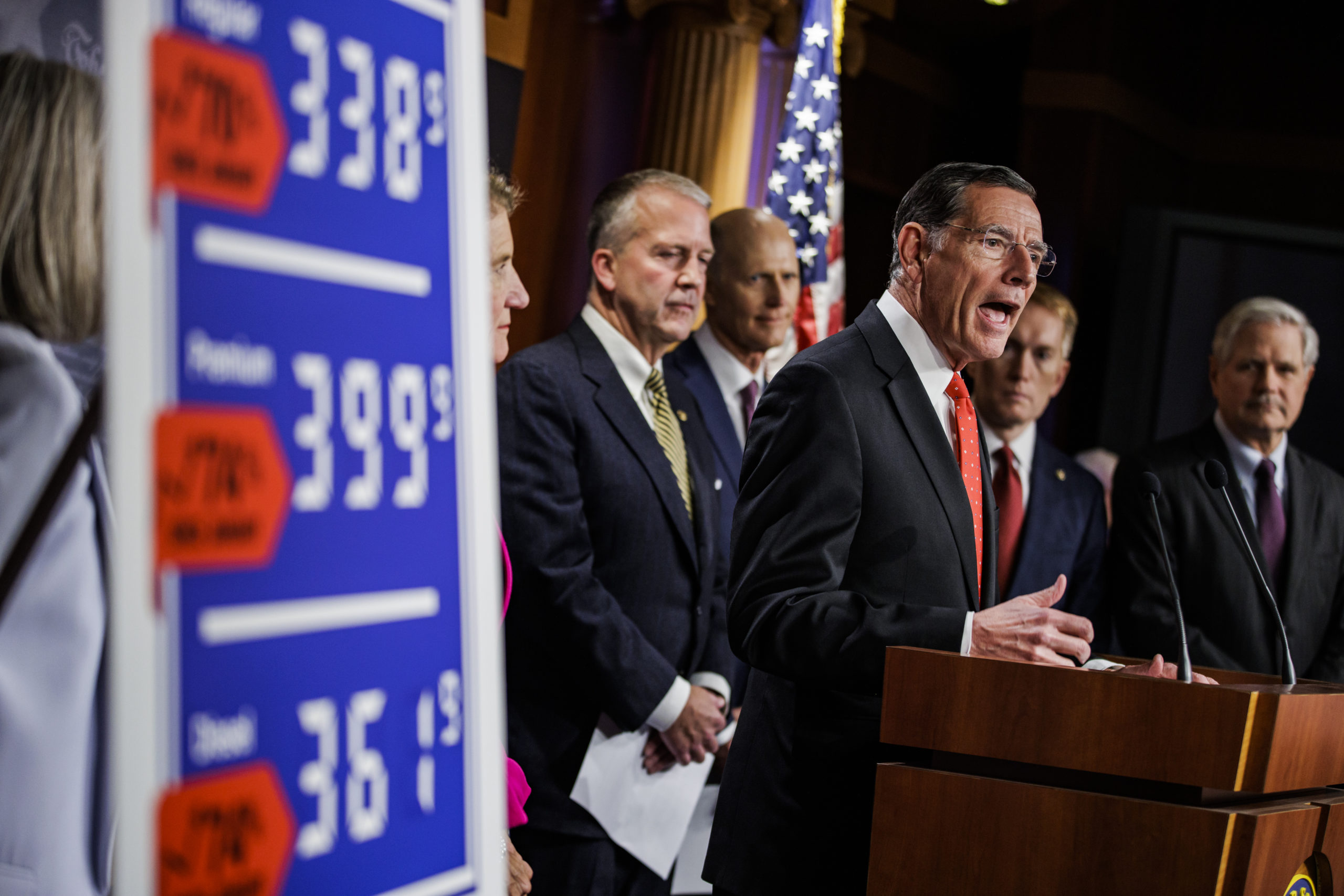 In July, Barrasso and a bipartisan group of senators introduced the American Nuclear Infrastructure Act (ANIA), which proposed to bolster domestic nuclear reactor development. The bill was ultimately included in the infrastructure package signed into law by President Joe Biden on Nov. 15.

Manchin highlighted the legislation Wednesday, saying it was part of the “significant progress” made by the U.S. in advancing nuclear infrastructure over the last year. He noted that the ANIA funds two billion-dollar advanced reactor projects, allocates $6 billion for supporting financially-strained nuclear plants and includes money for developing a nuclear-powered clean hydrogen hub.

“I will continue pushing for the inclusion of funding for the advanced nuclear fuel availability program,” Manchin said during a pre-recorded speech. “As you know, proper funding of this program will ensure a domestic supply of high-assay low-enriched uranium, eliminating reliance on Russia or other foreign suppliers.”

The Energy and Natural Resources Committee held a hearing on the future of nuclear in the U.S. on Nov. 4. Witnesses included experts from the Idaho National Laboratory, American Electric Power and Council of Radionuclides and Radiopharmaceuticals, who all testified in favor of nuclear.

Ann Coulter Op-ed: If Twitter’s New CEO Wants to Keep Platform Free of Misinformation, Look to None Other than Jussie Smollett