The House Friday morning passed its version of President Joe Biden’s spending package, sending the $1.7 trillion bill to the Senate where it is all but certain to be picked apart by Democratic senators opposed to multiple provisions. Included in the House bill are provisions on paid family leave, state and local tax (SALT) deductions, spending meant to mitigate the effects of climate change, and other items which have been met with resistance from Democratic senators whose votes are critical to passing the package in the 50-50 chamber.

But despite the coming Senate hurdles and staunch Republican opposition — House Minority Leader Kevin McCarthy spoke against the bill and Democrats’ “one-party rule” for over eight-and-a-half hours, blocking the bill from clearing the chamber Thursday night — House Democrats touted the budget as a win for families and the working class before it passed the chamber on a 220-213 vote. Maine Democratic Rep. Jared Golden was the only lawmaker to cross party lines, joining Republicans in voting no.

“The Build Back Better Act will make transformational investments that will help more Americans access opportunities and achieve greater economic security,” House Majority Leader Steny Hoyer said on the House floor Thursday to applause from his Democratic colleagues. “This bill is truly for the people. Not just those who have too much, but those who have too little.”

The bill as written is the largest overhaul to the American social-safety net in decades, establishing or expanding programs including universal preschool, Medicare expansions and price negotiations, the child tax credit and more. The House had moved toward a vote throughout the day Thursday, beginning the package in the morning and adjourning as lawmakers waited for the Congressional Budget Office (CBO) to score it. The score, which moderate Democrats had insisted on before voting on the bill, came Thursday afternoon. The CBO estimated that the package would add $367 billion to the national debt over the next decade, not including $207 billion in revenue that could be generated from increased IRS enforcement. 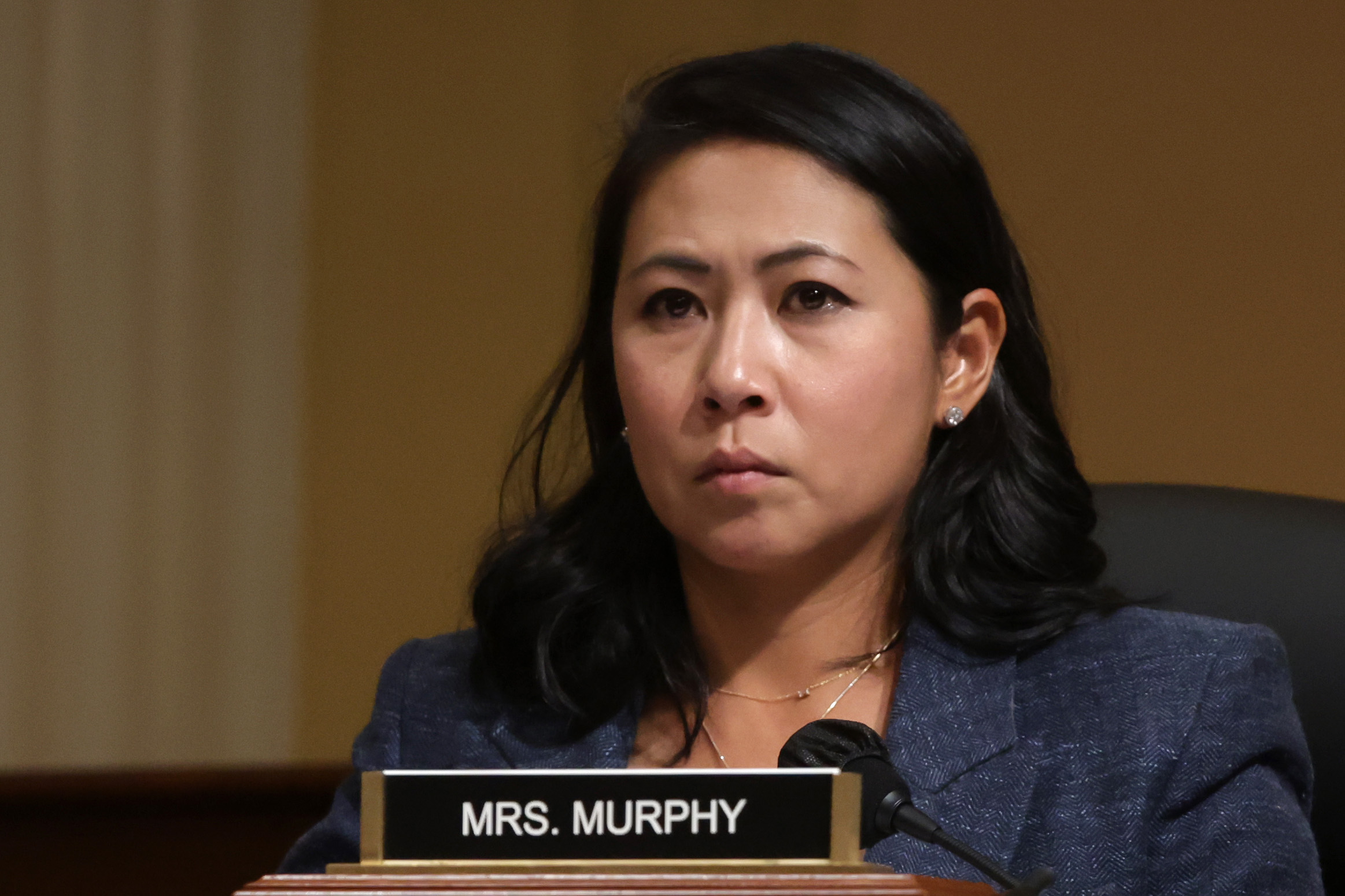 Florida Rep. Stephanie Murphy, a moderate Democrat who had insisted on a CBO score before voting for the package, said she would vote in favor Thursday night. (Alex Wong/Getty Images)

While the analysis was enough to satisfy moderate Democrats, it bolstered Republican arguments that the massive bill would only worsen the national debt as America’s economic recovery already faced decades-high inflation and days after Congress authorized and Biden signed a $1.2 trillion infrastructure bill.

“Every page of this all new Washington spending will be paid for from you, the American hard-working taxpayer,” McCarthy said in the beginning of his overnight speech, where he criticized the bill, railed against Democrats, and lamented everything from inflation to China to former President Jimmy Carter to McDonald’s dollar menu to Elon Musk.

“I want the American people to know, it will not be one-party rule in one year,” McCarthy later said, predicting that the GOP would take back the House in 2022.

When the House reconvened at 8 a.m. Friday, Pelosi spoke before the vote, urging her colleagues to pass the bill and quipped about McCarthy’s tactics. “As a courtesy to my colleagues, I will be brief,” Pelosi said.

Though House Democrats successfully passed the budget before leaving Washington for an extended Thanksgiving recess, the bill faces a rocky path through the Senate before it can arrive on Biden’s desk. Multiple Democratic senators, including Vermont Sen. Bernie Sanders and Sens. Joe Manchin of West Virginia and Kyrsten Sinema of Arizona, have already opposed specific provisions, meaning that whatever bill emerges is all but certain to have changed from what cleared the House Friday.

Most of Sanders’ opposition has focused on the SALT provisions, which he and Republicans alike have criticized as little more than a tax cut for wealthy Americans who live in Democratic-leaning states. 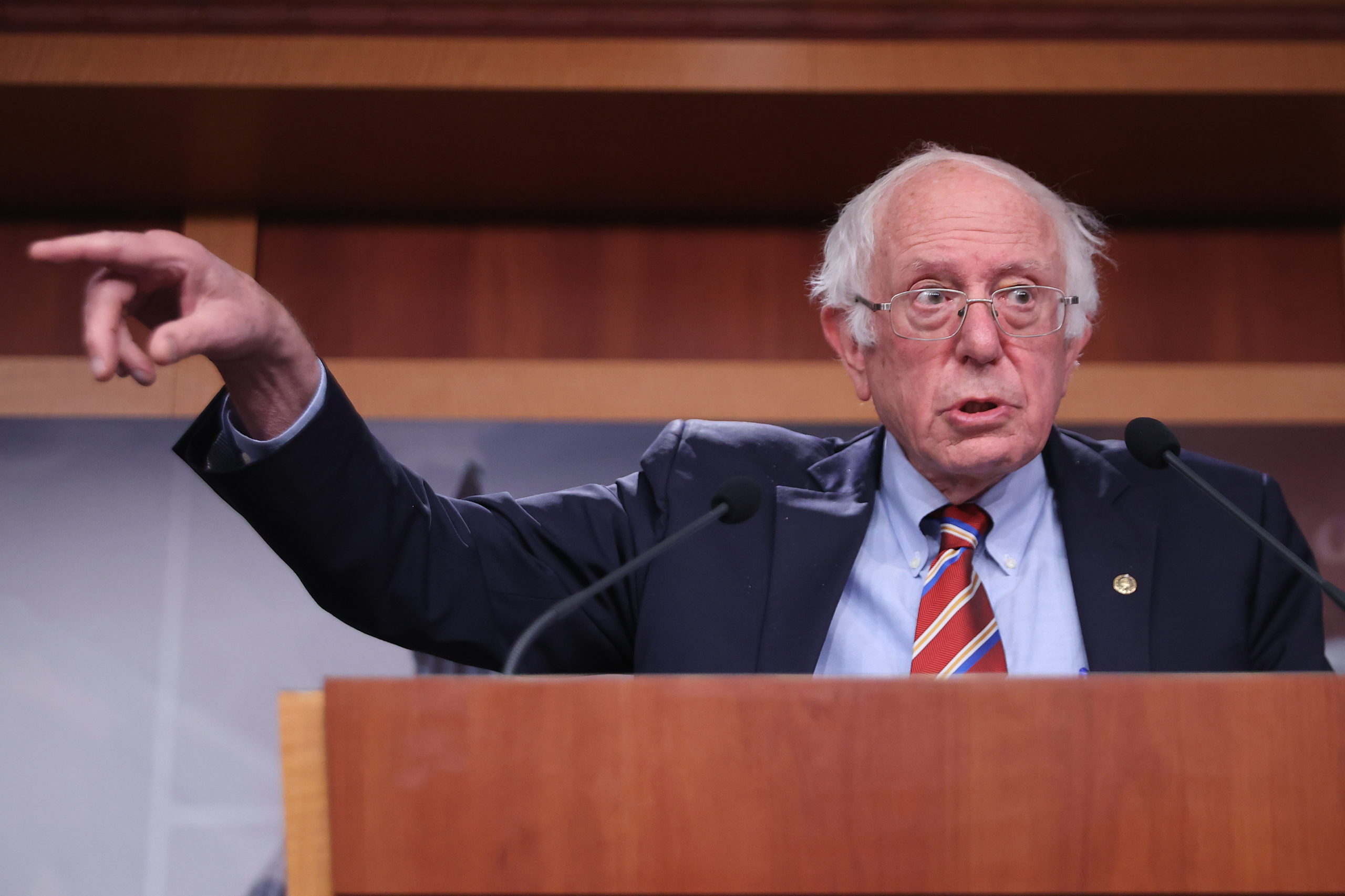 Unlike Sanders, however, Manchin and Sinema have long objected to parts of the bill, with both of them vowing months ago to oppose its originally floated $3.5 trillion price tag. While Sinema already scrapped provisions raising taxes on corporations and wealthy Americans, Manchin has been outspoken against establishing paid family leave in the bill and has opposed several of the proposed climate change provisions.

“That’s a challenge. Very much of a challenge, and [top Democrats] know how I feel about that,” Manchin said earlier in November after news broke that House Democrats would include a paid family leave provision despite his opposition.

The Senate is set to take up the budget once it returns from Thanksgiving recess, coinciding with must-pass bills to fund the government and raise the debt ceiling.

“On a bill of this magnitude, this process takes time and patience,” Senate Majority Leader Chuck Schumer wrote in a letter to Democrats Sunday. “We will update you regularly on these steps.”

New poll results show strong support for Sen. Joe Manchin (D-W.Va.), and even more West Virginians applaud him in opposing President Joe Biden’s multitrillion-dollar reconciliation spending bill. A poll conducted by MBE Research during the week of Nov. 7 among 702 registered West Virginia voters showed that Manchin is overwhelmingly supported by his constituents when it comes to taking a stand against Biden’s massive spending bill. The poll declared that 74% oppose President Biden’s reconciliation spending bill in favor of legislation that would control spending more.

Manchin has been the target of Democrats who are incensed that the senator would not fully support the massive spending spree. Rep. Cori Bush (D-Mo.) was so furious with Manchin for blocking Biden’s “Build Back Better” spending plan that she accused him of being “anti-Black, anti-child, anti-woman, and anti-immigrant.”

“Joe Manchin’s opposition to the Build Back Better Act is anti-Black, anti-child, anti-woman, and anti-immigrant,” Bush proclaimed. “When we talk about transformative change, we are talking about a bill that will benefit Black, brown and Indigenous communities. Those same communities are overwhelmingly excluded from the bipartisan infrastructure bill. We cannot leave anyone behind.”

Earlier this month, Manchin explained his reluctance to support the huge spending bill.about:blank

“I’m open to supporting a final bill that helps move our country forward, but I’m equally open to voting against a bill that hurts our country,” Manchin said on Nov. 1, adding that the bill would end up “hurting American families suffering from historic inflation.”

Manchin said all he sees is “shell games and budget gimmicks” that mask “the real cost” of the “Build Back Better” bill, which he claims could end up being “twice as high” as advertised.

He declared that any bill that “expands social programs and irresponsibly adds to our $29 trillion in national debt” would be ill-advised.

When asked this week if West Virginia voters want the $1.75 trillion bill, Manchin responded, “I think my voters in West Virginia — but I don’t speak for the whole country, my voters … they’re very much concerned. Inflation has hit them extremely hard.”

“And it’s taking a toll,” Manchin continued. “And I hear it when I go to the grocery store, or if I go to the gas station. They say, ‘Are you as mad as I am?’ and I say, ‘Absolutely.'”

“That poll showed that I’m not being controlled or led by anybody except the people of West Virginia,” Manchin said. “They know my job is to represent my state, and that comes first.”

“It tells me that I’m listening to West Virginians and what they’re telling me,” he added. “I come as frequently as I can — weekly if possible. I go to the grocery store, I go to filling stations and do everything that average West Virginians do when I’m home. I see the price increases, I see the concerns that people have, and when I come back to Washington I try explain to colleagues the people’s concerns.”

MBE Research pollster Mark Blankenship commented on the results, “Voters want to be listened to. When they feel like you’re listening to them, they will reward that either at the polls or in numbers like this. I think that’s what’s recognized here is that Senator Manchin is listening to the people of West Virginia.”

A new Quinnipiac University poll released on Thursday found that Biden’s job approval continues to fall. President Biden’s approval rating is now at 36% – down from 37% in October and 49% in February. There are 53% who disapprove of Biden – up from 52% in October. Specifically, 59% disapprove Biden’s handling of the economy and 55% disapprove of his foreign policy.

Kyle Rittenhouse Acquitted On All Charges