Nebraska State Patrol Troopers will help Texas law enforcement manage the border crisis, Gov. Pete Ricketts announced Saturday. The Nebraska Republican said he is sending around 25 state troopers to Del Rio, Texas, to assist the state’s Department of Public Safety for a maximum of 16 days, according to Ricketts.

“Nebraska is stepping up to help Texas respond to the ongoing crisis on their border with Mexico,” Ricketts said in a statement.

“The disastrous policies of the Biden-Harris Administration created an immigration crisis on the border,” Ricketts added. “While the federal government has fallen short in its response, Nebraska is happy to step up to provide assistance to Texas as they work to protect their communities and keep people safe.” 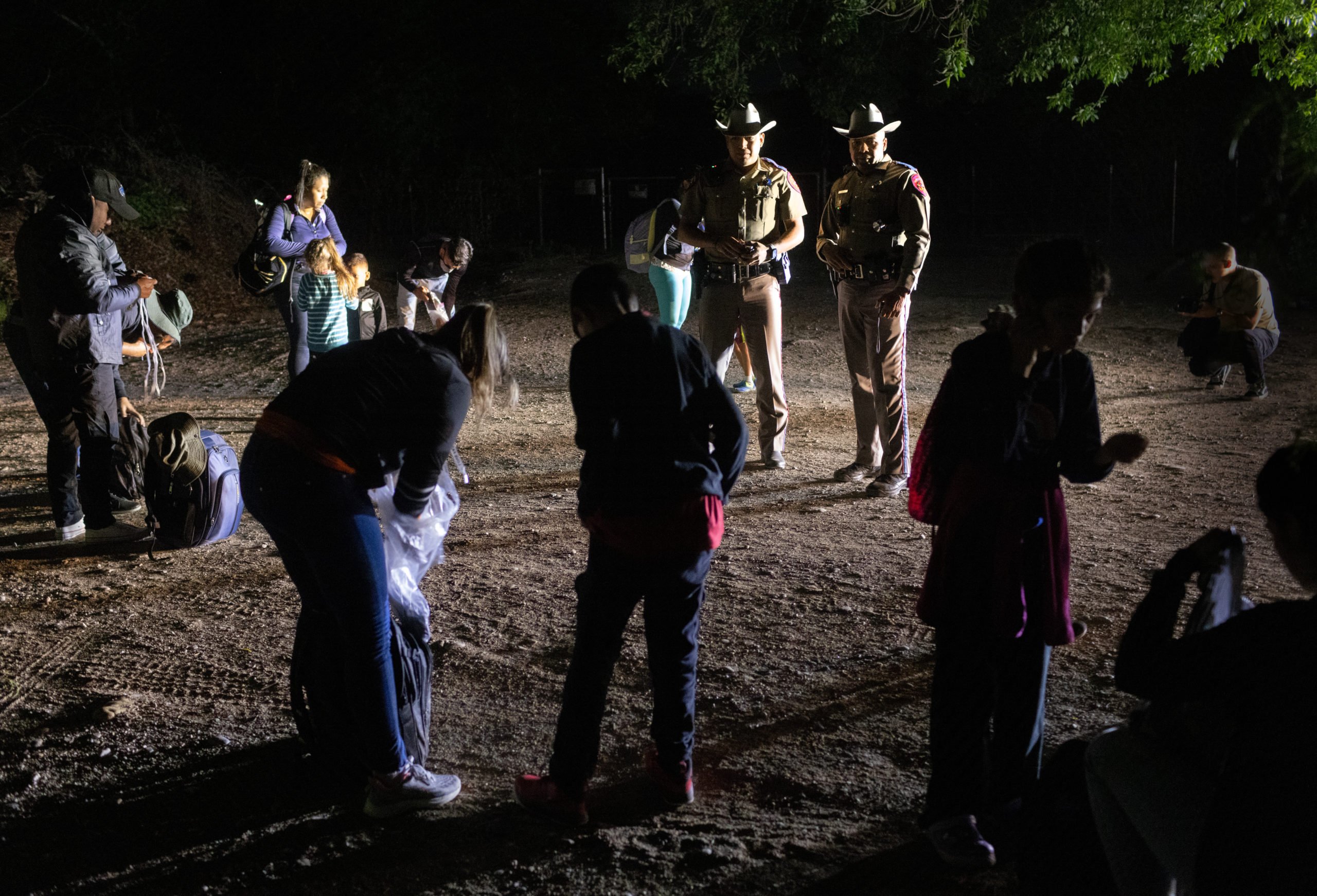 Texas state troopers watch over Venezuelan immigrants before they are taken into custody by U.S. Border Patrol agents on May 19, 2021 in Del Rio, Texas. (Photo by John Moore/Getty Images)

The assistance from the Nebraska state troopers was announced in response to Texas emergency management official’s request for help through the multi-state partnership Emergency Management Assistance Compact, according to Ricketts.

Republican Texas Gov. Greg Abbott issued a disaster declaration over the border crisis in southern Texas. The order directed law enforcement officials to prosecute illegal immigrants under all applicable laws and claimed that illegal immigration caused damage to private property and hurt landowners in the region.

“President Biden’s open-border policies have paved the way for dangerous gangs and cartels, human traffickers, and deadly drugs like fentanyl to pour into our communities,” Abbott said in a statement. “Meanwhile, landowners along the border are seeing their property damaged and vandalized on a daily basis while the Biden Administration does nothing to protect them.”

Abbott’s disaster declaration ordered all federally contracted facilities holding migrants who illegally entered the country to close, the Daily Caller News Foundation previously reported. The Biden administration threatened to sue Abbott for discriminating against the federal government if he enforces the closure.