Attorney General Merrick Garland announced the creation of a task force Monday to combat transnational human trafficking in Central America. The task force, titled Joint Task Force Alpha, is intended to target the most frequent and egregious human smuggling offenders in Guatemala, El Salvador, Honduras and Mexico, according to the announcement. Both the Department of Justice (DOJ) and the Department of Homeland Security (DHS) will team up to address the issue.

The effort will use the expertise of numerous federal prosecutors stationed along the southwest border to assist its counterparts in the Northern Triangle and Mexico, according to the statement. The FBI and the Drug Enforcement Administration (DEA) will also aid the task force.

“We will take action to identify smugglers and their associates to ensure that we enhance the security of the U.S. border,” said DHS Secretary Alejandro Mayorkas, according to the statement. 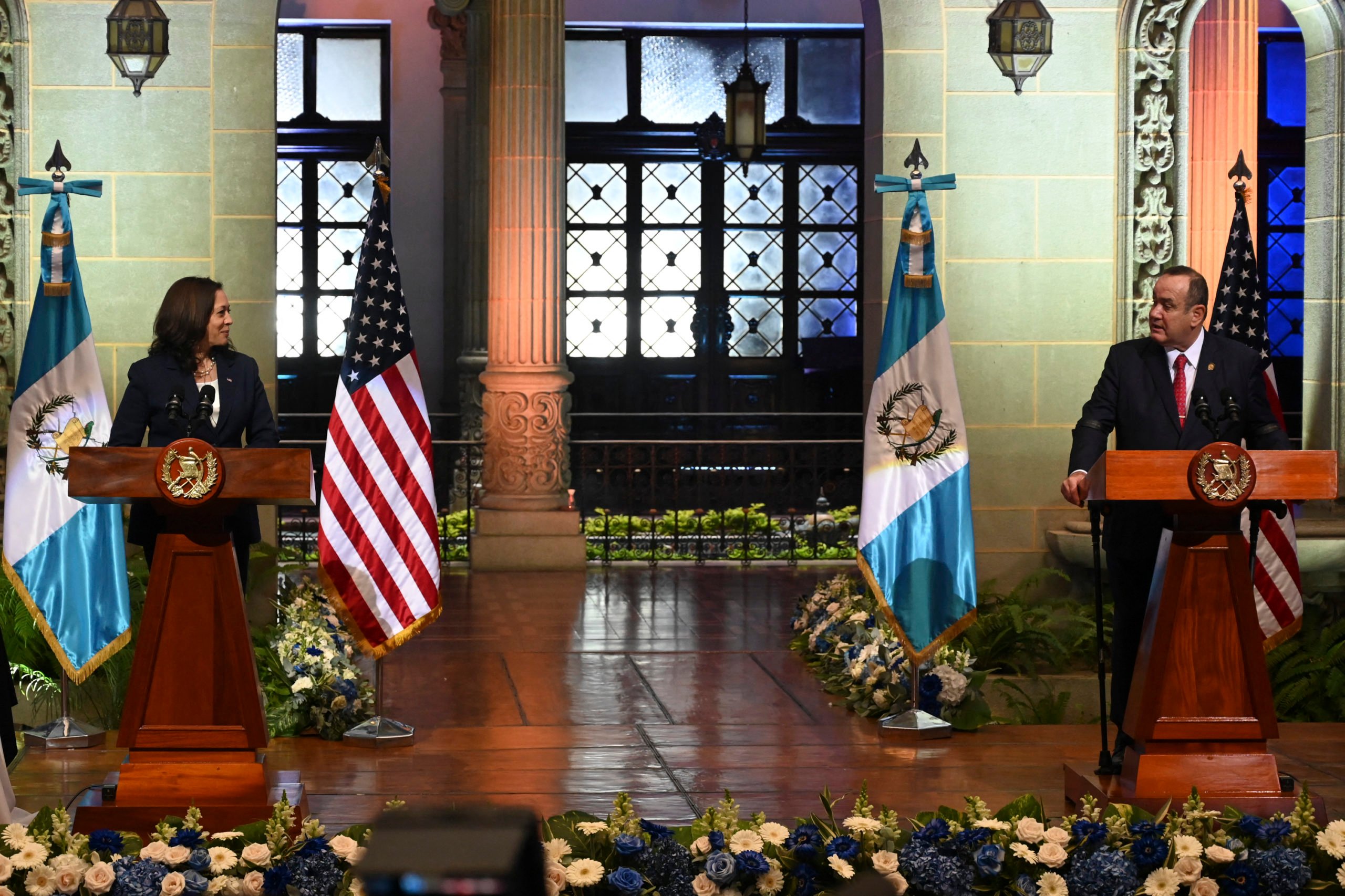 US Vice-President Kamala Harris and Guatemalan President Alejandro Giammattei deliver a joint press conference at the Culture Palace in Guatemala City on June 7, 2021. – (Photo by JOHAN ORDONEZ/AFP via Getty Images)

“We will work with local law enforcement to stop these crimes,” Vice President Kamala Harris said of the task force during a joint press conference with Guatemalan President Alejandro Giammattei Monday.

Customs and Border Protection (CBP) encountered 178,622 people attempting to cross the border into the United States in April, a 3% rise from March, according to the agency. The Biden administration has also announced plans to provide $861 million in aid to Central American countries to spur economic growth in the region and stem the flow of migration.

In the past 10 years, Guatemala has received more than $1.6 billion in aid from the U.S., but poverty has only increased in the country. Guatemala leads the world in the number of unaccompanied minors attempting to enter the U.S. in 2021, with 18,372 encountered between January and March.

“Do not come. The United States will continue to enforce our laws and secure our border,” Harris said.

Harris will travel to Mexico City Tuesday to speak with Mexican President Andrés Manuel López Obrador. They will similarly seek to address the issue of human smuggling and the lack of opportunity in the region, according to NPR.