After 11 Months Of Rioting, Portland Mayor Ted Wheeler Calls For Citizens To ‘Stand Up’ To The ‘Mob’

Portland Mayor Ted Wheeler called for people to ‘stand up’ to rioters destroying his city when he announced Friday that the city’s state of emergency would be extended through Monday.

Wheeler said that “the self-described anarchist mob” was responsible for the “criminal intimidation and violence.”

“Together we can make a stand … and take our city back,” he added. 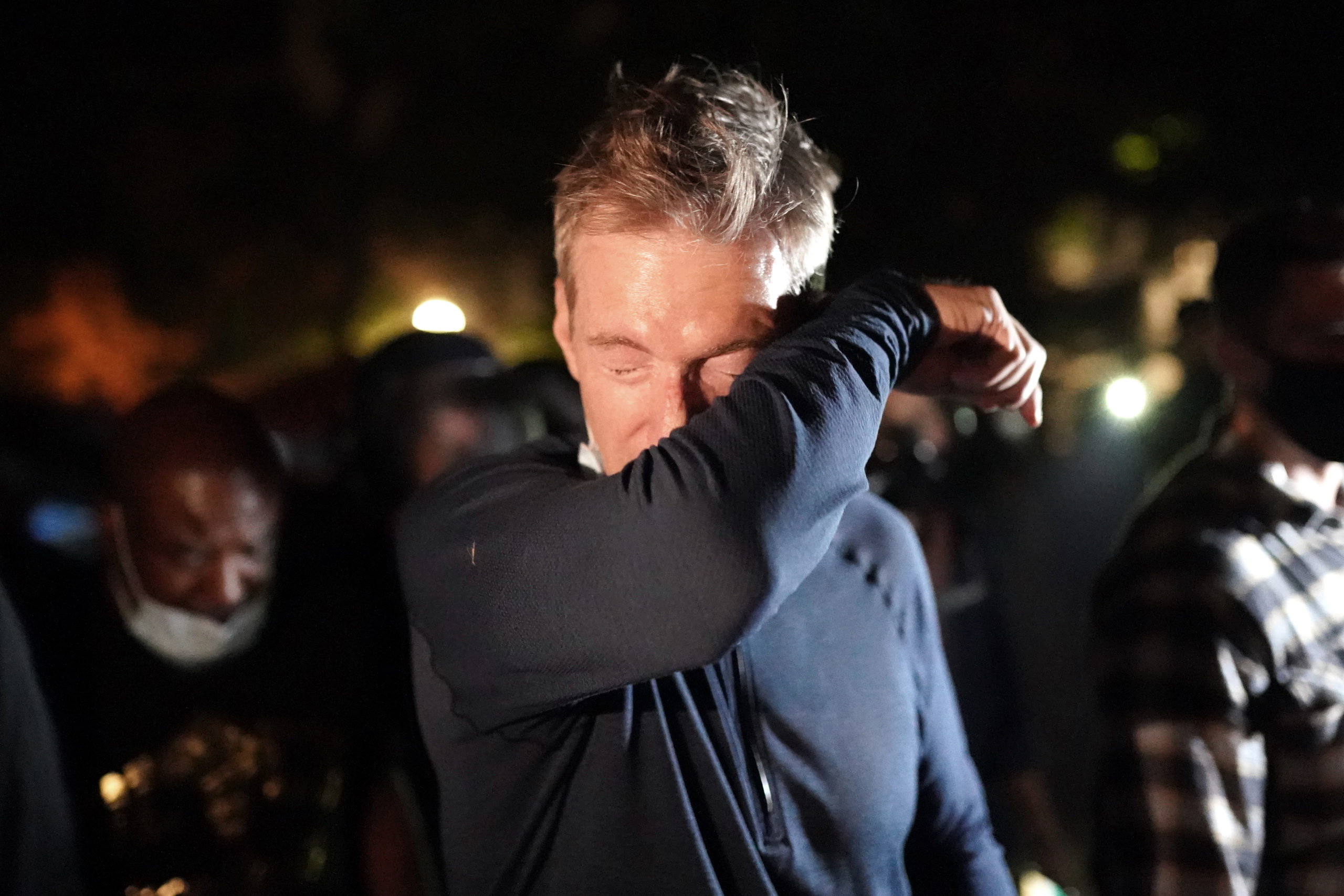 Portland Mayor Ted Wheeler reacts after being exposed to tear gas fired by federal officers while attending a protest against police brutality and racial injustice in front of the Mark O. Hatfield U.S. Courthouse on July 22, 2020 in Portland, Oregon. State and city elected officials have called for the federal officers to leave Portland as clashes between protesters and federal police continue to escalate. (Photo by Nathan Howard/Getty Images)

Riots have been a reoccurring problem in Portland since May 29, 2020, shortly after the death of George Floyd in Minneapolis. But the mayor seemed hesitant to take steps to quell the unrest and restore peace to Portland. In August, Wheeler rejected then-President Donald Trump’s offer for federal assistance, saying in a statement that the city didn’t need his “politics of division and demagoguery.”

The former president criticized Wheeler’s decision in a tweet calling the mayor a “fool” and said that Portland “won’t put up with no safety any longer.”

Wheeler, while calling for calm, took steps like banning police use of tear gas in September after four months of riots. The Portland Police Bureau said at the time that banning tear gas “will make it very difficult to address this kind of violence without resorting to much higher levels of physical force.”

It took six months of rioting and destruction for Wheeler to announce increased law enforcement actions against the violent mob. By that time, millions of dollars in damage to property and revenue loss had already occurred. Rioters were still causing damage and chaos through mid-April, when crowds set off fireworks and lit buildings on fire near the Portland Police Association.