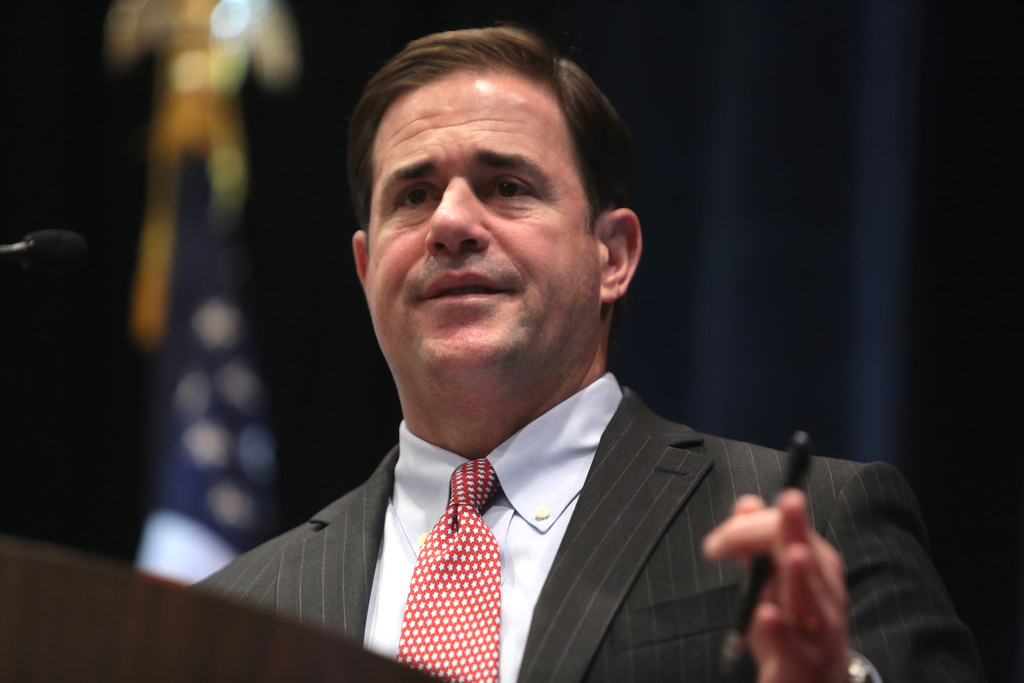 Gov. Doug Ducey, the Arizona Republican, didn’t mince words Wednesday shortly after he learned that President Biden was tapping Vice President Harris to oversee the effort to resolve the crisis at the U.S.-Mexico border.

Ducey, who was in Tucson, told reporters that Harris is “the worst possible choice” for the job. He also said that Harris’ selection is evidence that Biden has trivialized the situation. He said Harris just “flat out” doesn’t care.

He pointed to Harris’ career as a senator from California. He said she has made it clear that she does not consider the border “a problem or a serious threat.” Harris was recently criticized after she laughed when asked by a reporter if she would be visiting the border. She joked, “Not today.”

“If President Biden’s intent was to show that he’s taking this seriously, he’s really done the exact opposite,” Ducey said.

Harris called the situation at the border “challenging,” according to the Los Angeles Times. Former Harris advisors told the paper that they believe that she is up for the challenge but called the job “high risk, very low reward.”

Biden made the announcement as a delegation of White House officials and members of Congress traveled to the southern border to tour a facility in Carrizo Springs, Texas, where more than 750 migrant teenagers are being held. The Biden administration has in recent weeks moved to open more than 10,000 new beds across the Southwest in convention centers and former oilfield camps.

It notified Congress on Wednesday that it will open a new 3,000-person facility in San Antonio and a 1,400-person site at the San Diego convention center. HHS is also opening a second site in Carrizo Springs and received approval from the Defense Department Wednesday to begin housing teenagers at military bases in San Antonio and El Paso, Texas.

GOP lawmakers say Biden administration’s decision to reverse Trump-era immigration policies prompted the latest surge in migrants. The White House has argued that Biden inherited a chaotic situation and is working to stabilize the border.

Political observers say that this is the first major task for Harris as vice president and could have a lasting impact on her own future as a presidential candidate.

Biden called Harris “the most qualified person” to take charge of the situation and interact with countries like Mexico and Honduras.

“It’s not her full-responsibility job, but she is leading the effort because I think the best thing to do is to put someone who, when he or she speaks, they don’t have to wonder about, is that where the president is,” Biden said, according to the Washington Post. “When she speaks, she speaks for me.”

“Ron, Who Am I Turning This Over To?” – Joe Biden Gets Confused Again – Chief of Staff Asks Press to Leave the Room (VIDEO)