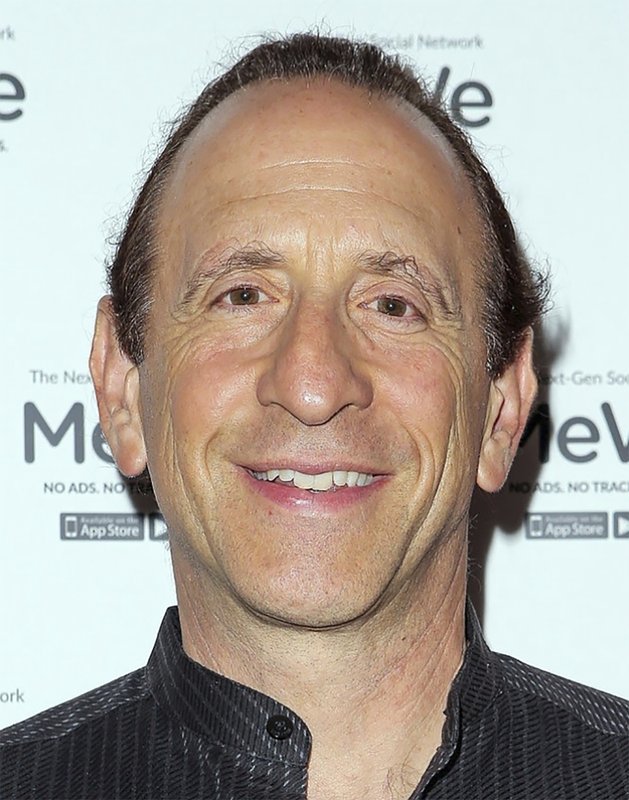 This undated photo provided by MeWe shows MeWe CEO Mark Weinstein. MeWe is a 4-year-old, full-featured social media company positioned as an anti-Facebook. It says it does not collect data on its users, and features a Privacy Bill of Rights. In the past year, MeWe more than doubled its membership to nearly 15 million. (MeWe via AP)

BOSTON (AP) — Some users have fled Facebook and Twitter after the platforms booted President Donald Trump and some of his confederates for inciting unrest and spreading false claims about election fraud. Some migrated to far-right friendly sites like Parler or Gab. Others joined a service that aims to stand apart.

MeWe is a 4-year-old, full-featured social media company positioned as an anti-Facebook. It says it does not collect data on its users, and features a Privacy Bill of Rights. In the past year, MeWe more than doubled its membership to nearly 15 million. In the week ending Jan. 12, it was downloaded 787,000 times from Apple and Google’s U.S. smartphone app stores, according to SensorTower.

While Trump supporters’ disaffection with Facebook has surely helped, CEO Mark Weinstein says MeWe owes its growth to “everyone who is infuriated by their data being sold down the river” by surveillance capitalists.

Weinstein spoke to The Associated Press from his Southern California home. This interview has been edited for clarity and length.

Q: Where are your members? Under your “freemium” model, how many people pay for services such as additional data storage and video calling?

A: The members are 50% in North America, about 24% in Asia, 24% in Europe and 2% in Australia. Some are in South America, in Brazil and Argentina. We’re translated into 20 languages. Currently 3% to 4% of our members sign up for premium. We haven’t spent a penny on marketing. All our growth is organic.

Q: What does your capital investment and revenue look like? Who is behind the company?

A: We’ve got about $22 million from high net worth investors and our advisory board includes Tim Berners-Lee, founder of the World Wide Web, and Sherry Turkle, perhaps the most esteemed academic expert on the impact of technology on human beings. We have fewer than 100 employees and we did $1.2 million in revenue in 2020. Revenue grew 300 percent from November to December.

Q: Your terms of service are explicit about prohibiting hateful and inciteful content and insist it will be promptly taken down. But I’ve seen some incendiary language in chats. The watchdog Alethea Group reported similar, and it was apparently taken down. How can you be sure you are adequately moderating the site, especially amid a growth spurt you say has hit 20,000 new users an hour? How many moderators do you have?

A: Social media can get messy in times like these. And just like Facebook and Twitter, and other sites that also moderate we are doing the very best we can. We are expanding our moderation team as rapidly as we can, and we’re investigating reports from our members, who are helping. (Weinstein would not disclose the size of his moderation team.)

Q: You say MeWe is not built, as its big competitors are, to serve up politically charged material.

A: We are absolutely not an opinion chamber of one side or another. We are fundamentally different by design from Twitter or Parler or Gab. We’re a social media platform like Facebook, where family members and friends connect. Your news feed is purely and exclusively everything you choose to connect to. There is nothing injected into your news feed by us or anybody else on the platform. We don’t have trending topics. We don’t have boosted content.

Q: What is your stance on potentially dangerous speech and misinformation of the type that could, say adversely impact public health during a global pandemic?

A: We have absolutely no censorship for good people who follow our rules. We don’t care what your opinion is, if you’re on the right or the left. That’s none of our business. Also, MeWe’s structural design prohibits the amplification (of misinformation). Members do moderation for us, but a very deep violation can lead to immediate removal and being reported to outside authorities. For others, a member can be placed “in jail” — temporarily suspended — and then a three-strike rule applies.

Q: You said in a 2019 op-ed piece that you don’t believe that breaking up Facebook will solve the problem of competition in social media. Is that still your thinking?

A: Breaking up Facebook would just create a lot of mini-Facebooks. It doesn’t solve the problem of surveillance capitalism.

Facebook has lobbyists worldwide influencing legislation and government officials. And it doesn’t comply with regulations, anyhow. Regulating Facebook more carefully will only serve to institutionalize surveillance capitalism, make it harder for competition and sort of legitimize their business model, which is really an illegitimate form of capitalism.