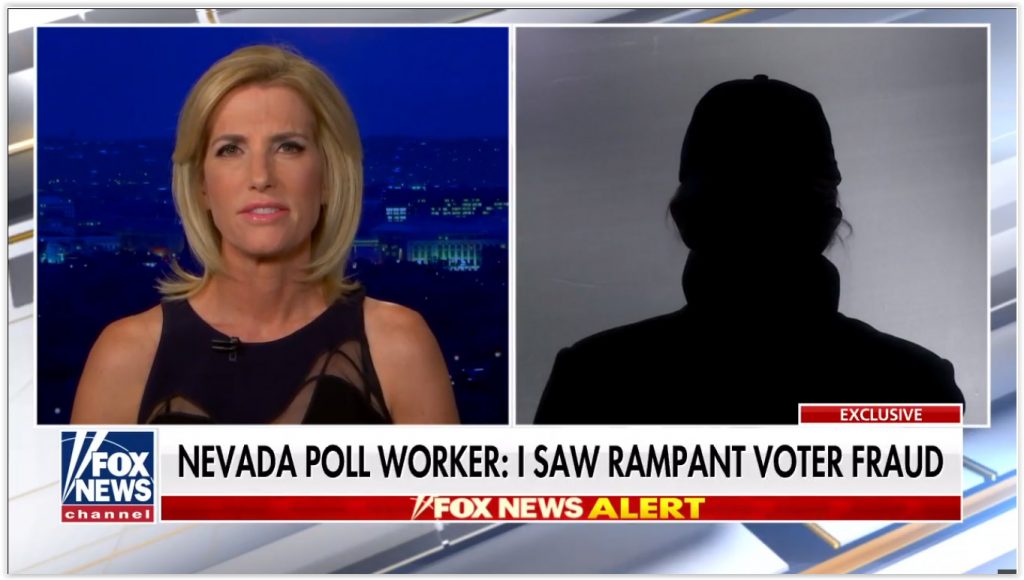 Voter fraud was allegedly committed in Nevada during the early voting period, according to a Clark County poll worker who told Fox News’ “The Ingraham Angle” what she witnessed in an exclusive interview Tuesday night.

The whistleblower, whose identity was hidden and whose voice was modified at her request, told host Laura Ingraham that she noticed white envelopes being passed around and ripped open near a Biden-Harris van while on a walk during her lunch break. The envelope handlers then leaned against the side of the van in order to mark the papers, which she recognized as ballots.

After the worker realized the irregularity, she claimed a “human wall” was formed to obstruct the view of anyone looking on. The worker told Ingraham that she was scared by this. The worker asserted she did not intervene because she and the other workers were not authorized to speak with anybody outside the polling center.

The same worker has released a sworn affidavit to the Trump campaign disclosing what she claimed to have witnessed. The affidavit, which has been submitted to the Justice Department, also claims voters were allowed to cast ballots without valid identification.

“A sworn declaration from an eyewitness is the literal definition of evidence,” a Trump campaign attorney said in a statement. “Those on the left and in other quarters that have been screaming that there’s no evidence will need new talkers and most importantly, will have to now focus on the legitimate issues that have been raised. ”