And one of the biggest reasons that they’re getting away with it is because the State Attorney Kim Foxx dropping thousands upon thousands of felony charges.

Well, business owners in Chicago are tired of the violence, the vandalism, and the lack of safety. They’re not going to stand for it anymore and they are issuing an ultimatum to the city. If they don’t stop the looting, they’re leaving. Chicago businesses and property management companies are warning the city’s mayor, Lori Lightfoot, that if Chicago does not take greater measures to curb crime and civil unrest, they may be forced to leave.

Rioters and looters caused an estimated $60 million in damages Sunday night after a social media post went viral accusing the Chicago Police Department of shooting an unarmed 15-year-old boy in Englewood, a mostly black neighborhood on the city’s south side. The post instructed would be “protesters” to grab tools and prepare to loot downtown businesses.

The post turned out to be wildly inaccurate; Chicago police say they were involved in a shootout with a 20-year-old armed male who threatened neighbors and is now being held without bond on attempted murder charges.

This is going to turn into a mass exodus like we’re currently seeing in New York City. These two cities are never going to be the same because of their mayor are complete idiots who are too full of themselves to wake up and smell the coffee. 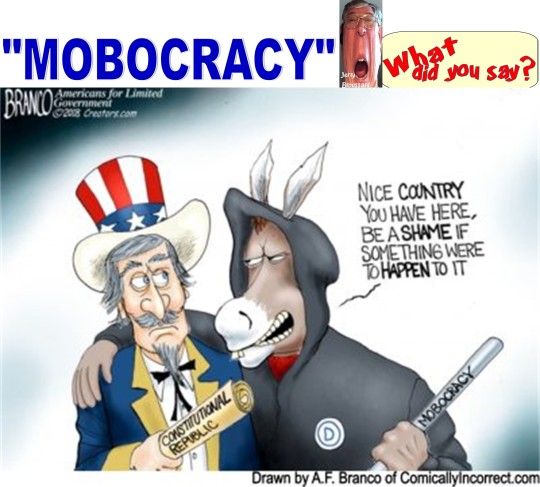 AMAZING!! RNC OPENING IS OUTSTANDING!… You MUST See This! It was Soooo Beautiful! Just What America Needed! (VIDEO)