CBS News, Margaret Brennan host of Face the Nation, is one of the more fair liberals left in the media. ON Sunday she interviewed CEO of the 22,000 member hospital group AdventHealth, Terry Shaw who reported that they are ready to deal with the virus.

In her questions, even Brennan couldn’t resist trying to hype up the virus but Shaw calmly reported some encouraging news for the Orlando area.

Brennan asked Shaw if his hospitals and morgues are being overwhelmed. Shaw reported that things in Florida are stressful but they are “not at that point.” Shaw explained, “We have a stockpile of ventilators, and we have an amazing clinical team that have taken best practices from around the globe and put them into our treatment protocols. And I’ll give you an example, our length of stay in our ICU for COVID patients has dropped in half. The number of people coming into our hospital with COVID that need a ventilator, we’ve also been able to cut that in half, and because of those things, our death rate has also been cut in half over that time period. This disease is only seven months and our clinical team has done an amazing job determining how to care for people better today than they were just even three months ago.”

Shaw also informed Brennan that in March and April his group went out and stockpiled as much PPE as they could get their hands on.

Shaw reported that their hospital system is running about 85 to 90 percent capacity and are prepared to make more space if they need more ICU beds in all 30 of their Florida facilities. He noted that adult ICU bed availability across the Orange County hospitals is at 24% and the ICU length of stay for the Wuhan virus and death rate has dropped in half. Shaw also reported that AdventHealth received another treatment of the drug remdisivir that is helping treat coronavirus patients. 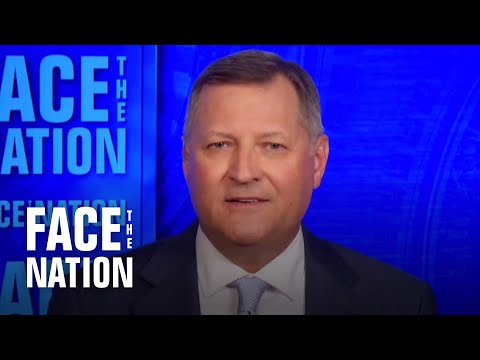 Usually the media, only bring on politicians or their own medical experts to comment on the coronavirus, they start gaslighting (i.e., manipulate (someone) by psychological means into questioning their own sanity.), and that induces fear. Shaw didn’t shy away from the fact that things are stressful and people are getting sick but, calmly instilled confidence that they can handle it.

Here’s another great example, the Republican Governor of Mississippi, Tate Reeves had a very honest discussion about how he is going to lead his state. Reeves addressed herd immunity and believes that what it would take to get there quickly would overwhelm the hospitals in their state. Instead, he is going to continue with social distancing guidelines and wants everyone to wear a mask to curb the spread so hospitals don’t get overwhelmed. You may not agree or like his conclusion however, Reeves calmly addressed the situation and explained how the state is going to move forward. We need more of Reeves and Shaw’s calm honest communication and less of “we are all going to die”hysteria from the media, you can read Tate’s full thread below where he lays out his case.