The World Health Organization in January found “no clear evidence of human-to-human transmission” of the coronavirus.

It turned out they were just defending China. The information was completely inaccurate. Today tens of thousands of people are dead around the globe thanks to China’s false reporting on the disease.

The Director-General of the World Health Organization (WHO), Tedros Adhanom Ghebreyesus, reportedly promotes what China wants him to promote.

At the Illustrated Primer website, Yaacov Apelbaum shares the links between the Director General and China.  For example, in late January he met with China’s President Xi:

On February 15, 2020, the director-general of the World Health Organisation (WHO), Tedros Adhanom Ghebreyesus, addressed the Munich Security Conference.  At that time, there were only about 60K cases of Covid-19 in China and about 500 in the rest of the world. Tedros was more concerned with misinformation than with containment. In his address, he said:

“We’re not just fighting an epidemic; we’re fighting an infodemic. Fake news spreads faster and more easily than this virus, and is just as dangerous.” And if we don’t tackle this, he went on, “we are headed down a dark path that leads nowhere but division and disharmony.”

Now the Director General is reporting whatever China wishes.  As noted above by Apelbaum, China has invested millions in Ethiopia.  This may be in part why Tedros has made the following statements about the WHO:

Given the misinformation about the novel coronavirus epidemic, WHO has communicated with some companies including Google to ensure that the public will get the authoritative information from the WHO.”

“Travel restrictions [to and from China] can have the effect of increasing fear and stigma, with little public health benefit.”

“The lockdown of people is unprecedented in public health history, so it is certainly not a recommendation the WHO has made.”

“The WHO highly appreciates the tremendous efforts China has made to contain the epidemic.”

Tedros is who the world is relying on to provide accurate information on the coronavirus.

Today President Trump told reporters the White House is “looking into” defunding the Chinese centric WHO. The liberal reporters hated to hear that.  They would rather defend communist China than support this US president.

The Republicans introduced a bill to defund the WHO, unless Tedros resigns.

Today, I introduced legislation calling on Congress to withhold federal funds from the @WHO until @DrTedros resigns.

America is the WHO’s largest contributor. It’s not right that Americans’ hard-earned taxpayer dollars are used to propagate the CCP’s lies. 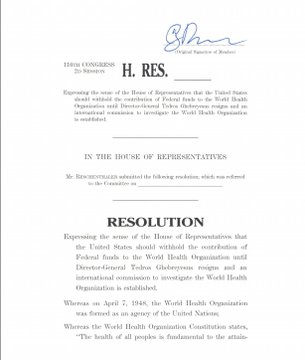 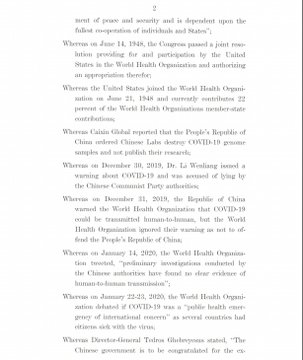 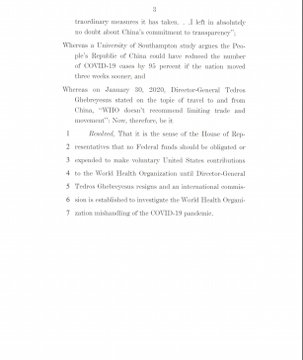 UNBELIEVABLE! Guess Who Was Just Released From Prison to Protect Him From Coronavirus

This Is Strange: Total US Deaths in March 2020 are Actually Down 15% from Average of Prior Four Years