The attack, which appeared to be originally targeting the pro-life speaker heard on camera, eventually was carried out on a woman beside him, identified as Katie Somers by Life News, who retreated quickly.

“Blaise Alleyne, one of the pro-life team members, said they were engaged in civil discussion with several of the counter-protesters when one of them, allegedly Gabby Skwarko, became hostile,” Life News reported.

The attacker, a young woman, threw things, shoved, hit, grabbed and even wrenched away part of the victim’s items attached to their backpack.

“She chased after me, grabbed my full, stainless steel water bottle and smashed it on the ground, then grabbed my backpack, yanking me back and forth,” Somers told Life News. “I yelled, ‘Get away from me!’ And she came after me and shoved me.”

Other protesters on the street stepped in and blocked the attacker from continuing to act out her rage, but not before the suspect made contact with the victim several times. After noticing that she was being videotaped, the attacker came up to the person with the camera, shoving her chest out in a threatening manner, asking if she was being filmed.

“She then moved on to Blaise, bumping him in the chest with hers and saying, ‘Let’s go, are you filming me? Let’s do this!’” said Somers.

The attacker also threw a metal dolly at a group of pro-lifers, which according to Somers, suggested that she intended harm to others.

“The possibility of self defense was gone for me the moment she used the metal cart as a weapon,” Somers told LifeNews. “At that point I was terrified of having my teeth broken, being concussed, or worse, and my priority was to get away and to safety.”

Skwarko is reportedly a member of the Ryerson Reproductive Justice Collective and a former faculty of arts director at the Ryerson Students Union. This was the second incident of a similar nature to take place in the Toronto area in as many days.

The Conservative Tribune reported on an incident that took place Sept. 30 where another abortion rights advocate roundhouse kicked a pro-life advocate while in the middle of a discussion about abortion.

“According to a police news release, Jordan Hunt, 26, of Toronto, surrendered to police shortly after a video of him kicking a pro-life protester was posted online,” the Conservative Tribune reported.

The kick, which seemed unexpected due to the conversation surrounding it, appeared to be in response to a question that Hunt couldn’t answer.

After kicking the pro-life advocate, Hunt seemed to immediately regret his decision, saying, “I meant to kick your phone.”

Hunt was charged with eight counts of assault and seven counts of mischief. It was the second time he had been charged with assaulting someone at a political rally in the past year.

He has been ordered to stay at least 500 meters away from any “organized pro-life demonstration,” according to LifeSite News. 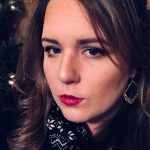 Savannah Pointer
Contributor, News
Savannah Pointer is a constitutional originalist whose main goal is to keep the wool from being pulled over your eyes. She believes that the liberal agenda will always depend on Americans being uneducated and easy to manipulate. Her mission is to present the news in a straightforward yet engaging manner.
@SavannahPoint

Antifa Shut Down Major Intersection, Threaten Citizens with Violence If They Don’t Obey