Defense Secretary Jim Mattis has announced that the United States will ramp up military exercises with South Korea just days after North Korea sent a hostile letter to President Donald Trump. The United States had previously suspended military exercises with South Korea as a good faith measure when North Korea decided to start the denuclearization process.

However, Mattis told reporters at the Pentagon, “We took the step to suspend several of the largest military exercises as a good faith measure. We have no plans to suspend anymore.”

He followed up his comment by saying, “We’ll make decisions on that in consultation with State.”

Mattis also told reporters that he’s working with Secretary of State Mike Pompeo and that the diplomatic efforts are all “riding on [Pompeo’s] shoulders.”

In June, Trump announced he was suspending “war games” with South Korea and that when it comes to North Korea and denuclearization, Kim Jong Un “wants to get it done.”

The president also said of Kim, “I do trust him.”

On Twitter, the president said at the time of the decision, “We save a fortune by not doing war games, as long as we are negotiating in good faith — which both sides are.”

Mattis’ announcement comes days after Trump announced that he was canceling Pompeo’s trip to the Korean peninsula.

“I have asked Secretary of State Mike Pompeo not to go to North Korea, at this time, because I feel we are not making sufficient progress with respect to the denuclearization of the Korean Peninsula,” the president said via Twitter.

It was later reported by the Washington Post that North Korea had secretly sent what many believe to be a hostile letter to Trump. In addition, North Korea’s state-run newspaper accused Washington on Sunday of plotting to “unleash a war”  with “a smile on it’s face” while denuclearization talks were ongoing.

Moreover, North Korean media accused the United States of sending special forces and a nuclear submarine to the Jinhae Naval Base in South Korea.

However, the New York Times reports that American negotiators have “confronted” the North Koreans over facilities that they believe to be nuclear. North Korea has since called the accusations “fiction” and led to the “derailing dialogue” between the U.S. and North Korea. 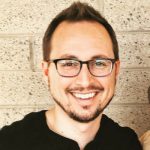 Steven Beyer
Steven is a husband, father, and follower of Jesus. You can find him enjoying listening to or playing jazz piano, enjoying the Disney parks, or hiking the Arizona landscape.

Outrage: Strzok Was Notified of Chinese Accessing Hillary’s Server, Did Nothing