Democrats — the self-proclaimed party of tolerance and inclusivity — have hypocritically displayed an increasing amount of intolerance and exclusivity toward one particular subgroup of the American population: conservative Christians. That intolerance and desire to exclude Christians from modern American society is no more evident than in the left’s relentless attacks against Chick-fil-A, a prominent and growing Christian-owned restaurant chain. 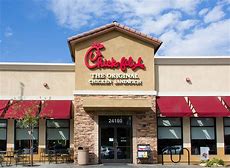 The New Yorker recently provided the worst yet example of the left’s anti-Christian bigotry with an article lamenting the success the franchise has seen in the liberal bastion of New York City.

The success of the chain — the piece admitted that a Chick-fil-A fried chicken sandwich is sold in the city every six seconds, and the chain is set to open a dozen more storefronts in the city — is largely dismissed and invalidated as “creepy” and an “infiltration” due to the religious ideology of the restaurant’s founding family.

Chick-fil-A’s arrival in New York City feels like an infiltration, in no small part because of its pervasive Christian traditionalism. https://t.co/wnhMrMBN6z

“And yet the brand’s arrival here feels like an infiltration, in no small part because of its pervasive Christian traditionalism,” wrote Dan Piepenbring for The New Yorker. “Its headquarters, in Atlanta, are adorned with Bible verses and a statue of Jesus washing a disciple’s feet. Its stores close on Sundays.”

The piece proceeded to attack CEO Dan Cathy for his charitable donations to causes in support of traditional marriage, which were characterized as “anti-gay” and “anti-LGBT.”

It also attacked the manner in which the new Fulton Street restaurant — the grand opening of which served as the basis for the attack piece — used the word “community,” as if non-Christian liberals are the only ones who can lay claim to fostering a positive “community.”

“This emphasis on community … suggests an ulterior motive,” wrote Piepenbring. “The restaurant’s corporate purpose still begins with the words ‘to glorify God,’ and that proselytism thrums below the surface of the Fulton Street restaurant, which has the ersatz homespun ambiance of a megachurch.”

The piece also took on the instantly recognizable Chick-fil-a Cows, a highly successful marketing gimmick by the restaurant whose role in the franchise’s success was characterized as being the “ultimate evangelists” in the “church” that is Chick-fil-A. Piepenbring seemed disgusted at the popularity of the cows and their misspelled catch phrase “Eat Mor Chikin,” which he viewed as a “morbid” advertising campaign in that “one farm animal begs us to kill another in its place.”

On a less bigoted note, the piece also took issue with the fact Chick-fil-A has grown to become a large and powerful corporation which was now “crowding out” local diners and restaurants in the city and criticized its “deadening uniformity” while lamenting the “palliative” effect of their “homogeneous” comfort food.

“Today, the Cows’ ‘guerrilla insurgency’ is more of a carpet bombing. New Yorkers are under no obligation to repeat what they say. Enough, we can tell them. NO MOR,” concluded Piepenbring.

This piece — ostensibly about the grand opening of a new Chick-fil-A location in New York City — was little more than a blatantly bigoted attack against Christianity disguised as a restaurant review.

Imagine for a moment the owner of Chick-fil-A was Muslim and sold chicken sandwiches from a chain of halal carts around the city. Would The New Yorker still characterize its growing success as an “infiltration” of religious values that was “creepy” and needed to be opposed? Of course not, and the fact The New Yorker felt safe denigrating the Christian faith of Chick-fil-A’s owners when they wouldn’t dare do the same for another religion is simply the latest example of the left’s bigoted hatred against all things Christian, which apparently now includes tasty fried chicken sandwiches.