Commentary: Integration Is NOT THE ANSWER to Muslim Terrorism

Obama and the European elites are constantly promising that Muslims will integrate into Western societies and there will be multicultural peace and harmony. It isn’t working, it won’t work, and it will never work.

“Integration Is Not the Answer to Muslim Terrorism,” by Daniel Greenfield, FrontPage, April 1, 2016:

There is a famous photo of Anjem Choudary, the head of multiple banned organizations calling for imposing Sharia law on the UK whose follower was responsible for the Lee Rigby beheading, getting drunk as a young law student. Friends recall “Andy” smoking pot and taking LSD, sleeping around and partying all the time. Andy was really well integrated, but he still turned back into Anjem.

While the proliferation of segregated Muslim areas, no-go zones in which English, French or Dutch is the foreign language, is a major problem, it is a mistake to think that “integration” solves Islamic terrorism.

The Tsarnaev brothers who carried out the Boston Marathon bombings seemed integrated. Nobody noticed anything wrong with Syed Rizwan Farook, the San Bernardino shooter, or Faisal Shahzad, the Times Square bomber. They weren’t lurking in a no-go zone. They had American friends, an education and career options if they wanted them. They didn’t want them. And that’s the point.

Bilal Abdullah was a British-born doctor who tried to carry out a terrorist attack at Glasgow International Airport. He wasn’t marginalized, jobless or desperate. He had a cause.

Quite a few converts have become Muslim terrorists. If integration were the issue, white converts to Islam wouldn’t be running off to join ISIS or plotting terrorist attacks like Don Stewart-Whyte, who converted to Islam and planned to blow up planes headed from the UK to the US. Along with his friend Oliver Savant, the son of a secular Iranian father and British mother, they are the reason why you can’t carry liquids onto a plane.

Muslim terrorism is not caused by failed integration, but by a conscious disintegration. What is often described as “radicalization” is really a choice by “integrated” Muslims to become religious and to act on their beliefs. Muslim men who formerly dressed casually begin growing beards and wearing Salafist garb. They consciously reject what Western society has to offer because they have chosen Islam instead.

Islamic terrorists have not been alienated by our rejection. They champion an alien creed that rejects us.

The debate over Islamic terrorism is bogged down by a refusal to name it and understand what it is. ISIS is not a form of “nihilism” that European Muslims resort to after being alienated by racism and driven to despair by joblessness. It’s an alternative system that draws on over a thousand years of Islamic religion and culture. It’s not a negative choice, but a positive one. It’s not an act of despair, but of hope.

This is the type of integration that is the real problem. Some of the worst Jihadists are culturally integrated and religiously disintegrated. They speak the native language fluently. They are intimately familiar with popular culture. They move easily among the native population. It’s their belief system that is fundamentally disintegrated and whose demands cannot be integrated without a civil war.

Their choices are not a referendum on our society. What we do in response to their terrorism is.

The issue is not economic. It is not linguistic. It is not about alienation or racism. It is about religion. And Europe is not comfortable with religion. It assumes that the religious is political, but in Islam, the political is instead religious. Europe has given no thought to how Islam can be integrated as a religion. Instead it has relied on the assumption that all religions are basically alike and that the aims and ideas of Islam are therefore interchangeable with those of Catholics, Lutherans, Jews and anyone else.

Every Islamic terrorist attack sends the message that its ideas and aims are not interchangeable.

Like left-wing terror, Islamic terrorism is based on realizing a set of ideas about what the world should be like. These ideas are already embedded in the worldview of every Muslim to some degree. This is not a clash of civilizations or even cultures. It is a collision between the political and the religious.

The EU’s Federica Mogherini states, “Islam belongs in Europe…. I am not afraid to say that political Islam should be part of the picture.” Mogherini thinks of political Islam as a social welfare organization with a steeple, like the rest of the political religions of Europe. But political Islam is theocracy. And Europe was never able to integrate theocracy. Instead it overshadowed it with nationalism and then Socialism.

Secular Europe has forgotten what religion is. Religion is passion, conviction and redemption. It is not something that you occasionally live on the weekends. It transforms your life and your worldview.

How do you integrate that? Do you do it with language lessons, job training and a pat on the back?

Islamic terrorism is what happens when Muslims “get” religion. Not of the occasional casual variety, but of the fundamentally transformative kind. Integration assumes that once Mohammed is at university and drinking beer that he won’t suddenly decide to Jihad his way across Europe. But there are plenty of examples that show what a poor and fitful defense this is against the rebirth of a religious conviction.

Cultural integration is an issue, but the real issue is philosophical integration. The real challenge is not in linguistic integration, but in the integration of ideas. And it is impossible to do that without addressing what Islam actually is and what it believes. Islam is not Lutheranism with more Arabic. Political Islam is not a soup kitchen and a used clothes bin. It is a conviction that the world is locked in a titanic struggle between Islam and the infidels, the forces of light and darkness, which must be won at any cost.

How do you integrate an ideology that is convinced that non-Muslim political systems are evil into Europe? What explanatory videos will you use to admonish Ahmed from Syria that he shouldn’t set off bombs at the railway station even though his religion commands him to fight the infidels? Which job will you use to induce Abdul to abandon his fervent belief that everyone must live under Islamic law?

Sanctimony and denial won’t untangle this Gordian knot. No amount of NGOs will turn Islam into something else. Cultural integration won’t transform Muslims into non-Muslims. All it does is make them conflicted and insecure. And that is why it is those second-generation culturally integrated Muslims who go to bars, call themselves Andy or Mo, sell drugs, go to university, who take a detour into Syria and come back with bomb plans and big plans for transforming Europe into an Islamic state.

Cultural integration builds up a conflict with Islam. Some Muslims respond to it by abandoning Islam, others by embracing it. If we fail to recognize this, then integration becomes a ticking time bomb. 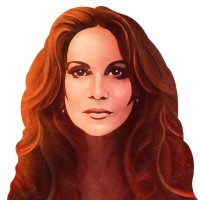 About the Author Pamela Geller

Pamela Geller is the founder, editor and publisher of PamelaGeller.com and President of the American Freedom Defense Initiative (AFDI) and Stop Islamization of America (SIOA). She is the author of The Post-American Presidency: The Obama Administration’s War on America, (foreword by Ambassador John Bolton), (Simon & Schuster). Stop the Islamization of America: A Practical Guide to the Resistance. She is also a regular columnist for World Net Daily, the American Thinker, and other publications. Follow her on Facebook & Twitter